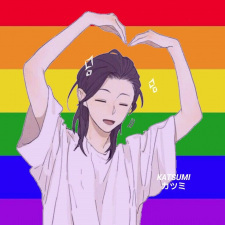 RentNoGirlfriend Sep 26, 2021 6:15 PM
Yes, she only released the shot. Which is pretty much all there is to archery: aim isn't steady, it's the timing what makes a good marksman. Nonetheless I trust anyone can conjure up a good explanation for that, Imho the whole point of the scene was showing Yukimaru's face on the target, and portraying Fena as a prodigy is a byproduct of that setup.
Part of her being a living legend has indeed to do with her blood, but there's more. All she does, however small, is constantly blown outta proportion. I didn't mean to say she's an asshole, though, perhaps cheeky doesn't quite mean what I thought it meant. However I concur my review is entirely based on my personal taste.
Abel is the one who sent the rumble roses after Fena, thus he should be aware she saw the twins refusing to hurt them specifically because of their gender. This as well doesn't take crazy mental gymnastic to be answered, but again: what's the point of the scene?
The explanation to the third dialogue is already there, namely their objective wasn't to reach Eden, that's likely to be Kei's mission, but rather to acquire its coordinates and prove whether or not Yukimaru was under the witch's spell. I wasn't pointing out a plot hole, it's just a very weird choice of lines, almost to the point of a non-sequitur.

beniporag_ Jul 4, 2021 8:01 PM
excuse me sir, i am revamping my profile and now i am mature mal user. please refrain from derogatory slurs, this is offensive to the chickens.

Also the scarier fact is I know a handful of users who watched twice as much as mine.