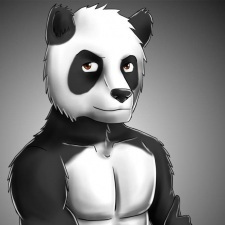 Hiddena0 Apr 29, 12:38 PM
I get if you think Naruto is cringe but saying that nothing happens in Naruto is just inaccurate. A lot of stuff happens in Naruto in just 100 episodes, Naruto Shippuden is very dragged out and I agree with a lot of what you are saying. Anime that are hundreds of episodes definitely have lower quality. The one good thing about long anime is it allows you to make the story more epic but shorter anime also do that so I wouldn't say it is a very strong argument. Maybe it is nice to see multiple progressions of the MC rather than just one like in Tokyo Ghoul or Parasyte (although sticking to just 1 can have more impact).

Ok, never mind I take it back long running anime don't have any pros. But I never gave Naruto Shippuden a 10, that was just for the original series which is, as condensed as Hunter hunter. Similar number of arcs, lengths of fights, number of episodes. The reason I gave naruto shippuden a 9 is I rewatched the first 60 episodes. And I have rewatched all the fights. Any fight with Sasuke is really good, and that's impressive considering that a lot of the enjoyment comes from twists/not knowing how the fight will play out. Naruto Shippuden might not be good but dang it had some good fights and it's definitely better than the other big 4. Is Naruto (original) better than HxH? No way, not even close. But what is? That isn't even fair. HxH is too good, not many anime can even come close to it.

lovelychopper Apr 23, 12:28 PM
yeah that happens to me sometimes so taking a break would be a good idea.

MaxWyght Apr 22, 5:28 AM
Don't know if he remains retarded, because I dropped it after episode 2.
But yeah, this is obe of those that I definitely don't think should get a second watch.

Hiddena0 Apr 18, 11:30 PM
Interesting, so Hunter Hunter was ok bc the fights are shorter. Well during the Chunin exams most of the fights are 1 episode or half an episode, but I would agree that Sakura's fight is stretched out. Later on they are like 1 and a half episodes but I don't usually pay attention to how long fights last.

Normally, when you watch a fight the entertainment value is the excitement of seeing these two characters clash, seeing the strategy, seeing how powerful the enemy is, hearing the spectators reactions to the things that happen (lee dropping the weights) and seeing the animation.

A lot of times I feel like people just miss what was supposed to be entertaining so they just blame random things like pacing but really fights are just supposed to be fun to watch. Just like if you watch a comedy anime like Uzaki and your not laughing you would think it's boring and wonder why people like it. One thing we can all agree on is that One Piece stretches out it's content sooo much(especially skypia). They could have easily made that show 200 episodes shorter.

Hiddena0 Apr 17, 8:15 PM
So much happens in Naruto, what do you mean? Every fight was so good, with strategy, animation and decent hype around the enemies or unsureness as to who would win. If I made a top 10 fights list, 8 of them would just be from Naruto. Ok maybe not but you get one I mean, Naruto's plot structure is essentially one banger fight strung into the next banger fight and I love it. I don't understand why hipsters hate Naruto but somehow like Hajimo no Ippo when both series do the exact same thing, albeit in very different ways.

lovelychopper Apr 17, 9:24 AM
I highly recommend watching barakamon it's so wholesome!

I kind of don't want to watch its prequel, handa kun, because the reason I enjoy barakamon is because of the kids.

And thank you for your recommendations! I'll look into them ^^

lovelychopper Apr 16, 7:53 AM
seriously? that's honestly so disappointing :/ i just finished barakamon and i just wanted to watch something similar.

chessgale Mar 24, 7:24 PM
listen we all make mistakes, and maomao doesn't mind because she's too busy salivating over an ox bezoar. also i am pleased by your good taste, kusuriya is such a good series and manga.

wachow Mar 2, 7:48 AM
Shimarin is reserved only for tasteful gentlemen such as ourselves. her greatness is often overlooked because we, the ones of exquisite palettes, are the minority. It's inevitable that minds as brilliant as ourselves are found outnumbered, and it's sad. I'm glad to find another appreciator of the legend herself.

Heez Jan 30, 9:04 AM
A true man of culture knows that Yuru Camp has the best OST out there

HumaneZombie Jan 24, 3:07 PM
I can agree with that. I think rape should, if used at all in a entertainment setting, be offscreen. Much less this show using it to turn teenagers on.
All Comments