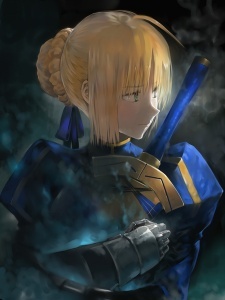 Make sure to wear this, they'll never recognize you

What have you been watching lately?

But thanks tho! :D
And I am sorry for any inconvenience! ^.^
Thanks for your time! xD

Niteshade Nov 2, 2014 1:05 PM
So..did you make your siggy? Or did someone make it for you?
I am asking because it is simply gawgeous! All of the effects are just amazing!
I really like it! <3

Joekstar Nov 1, 2014 2:31 PM
I'd do so, if I could that is. I/you could still delete the entire comment if you prefer your profile to be 'clean', though.
Just got carried a little carried away there :D... I will never understand what the director thought at the time anyway.

That's what your stalkers get for... well... doing all that stalking!

Yep, quite a lot of weird and/or epic shit.

Joekstar Oct 31, 2014 7:54 AM
Well, this was unexpected. I was like super sarcastic there, lol.
I did enjoy it quite a bit actually and what they did was done rather well, but the thing is that they omitted like 95% of EVERYTHING. I was fine with omitting all these later Angeloids, but not with what they did to the final arc. How can they just jump into the middle of the final and cut off before getting anywhere or giving any real context whatsoever. That was like some random, out of nowhere end of world scenario. At least they let us know that Nymph and Astraea died, looool. Offscreen, that is.
And it seems to officially be the final. Nothing more to come. For that, it sucks asssssss :/.
Would have been so much better if they had really just done a third season as originally announced. Guess that just wasn't feasible, tho.
Good thing I had already read the manga anyways :D...

Mmh, I'm sure you should be able to get a good grasp of Archer and his ideals by the end of the route. Actually a lot earlier than that, but I'm not sure when that was exactly :S...
Hope you'll still get into it ;).

Being welcome by two Chisakis?

And how's your UBW progress doing?

Most obvious hint being, aside from his white hair-ends, his new name Haise, which is what was written as a 'response' in the same panel as the black suitcase in the final chapter. And a lot of other things one when can notice by reading the already translated script from the first chapter, like what the CCG's orders were, etc..All adds up pretty nicely so far, it seems.

Yep, same here. Seems it's been a few years since the end of TG, so I can't wait to see how Touka's changed.

Joekstar Oct 11, 2014 3:33 AM
Not ever since the official announcement, or did I just miss your comments?

In any case, I'm so hyped for it to finally continue. I see you already checked out the spoiler images!? Doesn't Kaneki look awesome with those white hair-ends?

Joekstar Oct 10, 2014 5:50 AM
What's wrong with you, duuude. TG sequel confirmation and I don't see/feel/smell your hype anywhere on the forums yet. Step up your game hype, maaaaan.