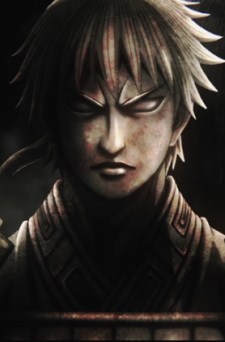 TWCX Apr 8, 5:58 AM
Not going to update my status for this but have you realised that people who dedicate a signiture/description towards arguments are always giving off a smartass/pessimistic aura or are irrationally hostile with no idea when to stop? I'm talking about the anime community btw. Y'know, the community that makes OW look like a sad piece of shit thats gotten run over when it comes to toxicity?

SAT0rii Apr 8, 3:26 AM
Don't hold your breath—it's been in beta for 3 years now, and I doubt something as arbitrary as badges is high-priority for the coding team when there are so many other problems with this site. I have no idea where all that MAL Supporter money is going, but it's certainly not development lmao

SAT0rii Apr 8, 3:14 AM
It's only for members of MAL Rewrite, including Editors, Writers, and Coordinators. It will be implemented fully soon once its past the beta stage, but for now, MAL Rewrite is basically the coders' way of seeing what works, what doesn't, what people like, and what people don't like.

KyleRiley Apr 6, 9:47 AM
I'm not sure. CCS is pretty close to my heart and I'm not sure I'd be able to put all my feelings/nostalgia/opinions neatly into a review. I might if/when I rewatch CCS but I can't say for certain.

TeamAlex Apr 6, 1:34 AM
If you end up as a empty shell, you can rest on my Bonfire. You are always welcome

TeamAlex Apr 6, 1:21 AM
Exactly, it was feeling everything out of place, totaly rushed and the final fight uh.. imagine having a typical "Final Shounen" Battle with most of cliches, nonsense and plot holes, just so the show can actually end. Actually I cringed myself while watching those one.

I watched your Anime List and we have probably similar taste, so I wish you good luck with the last Episodes.

TeamAlex Apr 6, 1:03 AM
Its hard to say, i didnt look at more Info. I just noticed, after the main Events in Episode 20-25 there were some Allday Episodes and then the quality dropped hard. I had the feeling they changed the script writer or something, it was feeling totally forced.

But yeah, WIki says it was Episode 38 but 28-38 was already weaker. The last 14 Episodes did noticeable brain damage to me if I can say it so

It was kinda enjoyable until the second Part, but I guess you can still survive the second one. Many told me about the Manga being lot different. So if you enjoy it, try the Manga later. The Anime finale was changed a lot and had a really rushed cringe ending.

NathanOcampo1699 Apr 1, 3:48 AM
ah, I was really wondering what this profile change was, turns out it was for everyone. Random question tho, when does MAL put things like these?

NathanOcampo1699 Mar 30, 4:09 AM
well yah I just wanted to put it out but the moderator put it on hold and said wait for a few more eps to release. Next time al try to wait longer and contain my hype for the series. Well I was kinda curious when u asked so I checked ur profile and I kinda feel bad if I ever spoiled u somehow with my review, cuz from what I saw ur still at chap 192? Well next time I make a review al try not to include origin details of whatever the anime I choose. And yah... we good man?

NathanOcampo1699 Mar 30, 1:14 AM
which series are you talking about?
All Comments