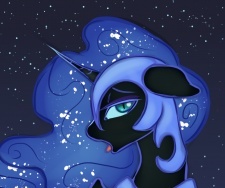 Every now and then I'd sign into Skype, see the old group, and wonder if you moved to Discord.

Zadion May 22, 6:24 PM
oh yeah, you mean from when you used to drop "fag" every other message? Is that Skype group still kicking somewhere else? the one with Joey and Spic.

NickRedMachine Jul 9, 2019 4:45 AM
Was looking at out shared anime, and I gotta say I appreciate some of your scores. So many people nut over Spirited Away and your 6 made me feel better about my 4.

ejala Jun 10, 2019 1:01 AM
They don't seem to be active anymore, but the group/person Anonymoose put out torrents from a lot of old or indie collections, though mostly without translations. Then there's the website http://animation.filmarchives.jp/en/works which has translations of old films, though often not with the sound. There's some overlap between the two; oddly the official archive will have a silent, subtitled version of the same film Anonymoose had as a raw with sound. Youtube is another resource.

ejala Jun 5, 2019 11:44 PM
I looked around a little after reading the US published version for the older one; never found anything. What I did read was so bad I figured I wasn't missing much. The only thing I've ranked lower was Mouryo Kiden, which as I recall had a nonsensical plot as well, the details of which have been mercifully forgotten.

ejala Jun 5, 2019 11:31 PM
Well, I have been at this since about 2005, and a lot of those entries are one-shots or only a few volumes. Sorta like how my completed anime list has a lot of indie or ancient short films. I've always read fairly quickly as well; a volume of something like Bleach or DB takes under 30minutes. Barring dense plot or omnibuses, a manga volume rarely takes more than an hour to read. That's why I prefer to get stuff from the library: it's hard to justify 10-15$ for a book I can read in 30min and probably won't re-read.