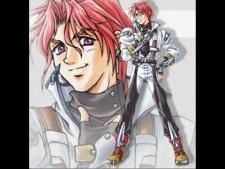 PriusKiller2 Jun 13, 9:12 PM
Yo I see on your profile you like MegaTen, have you played Nocturne? I'm playing through Nocturne right now and having a blast. They recently did an HD remaster.

BenjaminJunior May 26, 7:17 PM
Hey, is your pfp an og character from a SRT game?

Tompa Jan 22, 12:57 AM
Hello again!
Did you ever play Kagetsu Tohya? I finnished it a couple of days ago.
I liked it but man was it confusing sometimes. I started playing without a guide or flowchart, big mistake, I can tell you haha.
I really liked most of the Ten Nights of Dream side stories, especially Red Demon God it was cool, and the Tohno Family Con Game was really funny.

The shitty part was that very cursed h scene at the end . I hate how accepted it seems to be in the anime and manga sphere, really gross.

Other than that it was really fun to read and the final battle with Kishima was really cool.

If you ever played it what do you think about it?

Tompa Jan 9, 12:06 PM
Same!
I do hope it will be bigger than before though because many times the routes felt kind of samey, especially Ciels route compared to Arcueid.
Very excited for the Mahoyo translation aswell. Which also begs the question when we will get an english translation for Tsukihime haha.
Just curious who are your favorite characters in Tsukihime if you have any?

Last summer I read the Tsukihime VN by your recomendation and I loved it :)
Perfect how Type- Moon would the same year finally show the remake.
What are your thoughts on the trailer that we got?
Personally I am very exited :)

DoodlebugFour Jun 3, 2020 10:14 PM
My Thoughts on the other Escaflowne roles:
Dornkirk: both are pretty good, Richard is the more older sounding, though I like Schwartz more for how boomy it is.

Millerna: Venus Terzo, I don't find Colleen's voice all that memorable at all here.

Merle: Both are appropiately cutesy and annoying, leaning towards Alexis more. Melissa Fahn would be a great LA choice.

Nariya: Nicole Oliver, her Nariya sounds just like her Kei Kuruma. Michelle Rojas is rather bland.

Dryden: Leaning towards Michael abit more, not to mention he and Jurota Kosugi voiced the White Knight in Project ARMS

Chid: Alex since he was literally a kid and was spot on.

Susumu: Brian since he literally looks a brown haired Hayato Shingu (who Miki and Brian also voiced), I do think Austin Tindle could make a good Hayato as well if Funi somehow were to ever gotten their paws on that series.

Yukari: Willow was wasted, should have been Eries. Jad Saxton leaved the most impression on me.

DoodlebugFour Jun 1, 2020 7:36 PM
The Hitomi comparison you requested has been uploaded on BTVA. Im a Caitlin > Kelly in regards to Hitomi. My other picks are when they upload will be:

DoodlebugFour May 13, 2020 8:18 AM
The kids are actually voiced by twin jpop singers, this was their only VA roles. lol https://www.behindthevoiceactors.com/video-games/Lost-Odyssey/

I noticed that the character models are synced to the English VAs for once.

The story is about a guy named Kaim who he and a pirate lady named Seth suffers from amnesia at the beginning of the game, only to start uncovering lost memories and that they (and Ming and Sarah) are Immortals, and having to stop a corrupt manipulative councilor named Gongora. Though many people feel that the Thousand Years of Dreams segments (Text only memories) outshine the main story. lol

The playable cast are pretty likeable (Especially Seth and Jansen, the latter in particular is a fanfav thanks to his character arc, romance with Ming, and Michael McGaharn's performance), though people found the kids and to an extent Tolten annoying. lol

Immortal Party Members have to learn abilities off of mortal party members, who learn new abilities from leveling up. And Disc 3 has the party getting separated, not to mention forced to do a party of Jansen, Ming, Cooke, and Mack (All Squishy Mages) for a good while.

DoodlebugFour May 6, 2020 10:07 AM
Just learned that Crow from Cold Steel is voiced by Scott Whyte. https://www.behindthevoiceactors.com/Scott-Whyte/
All Comments