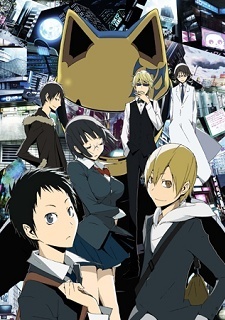 I'm going to call the police you sick fucking bastard.

But do u know of any steamPunk anime just wondering? I kinda just got into that stuff a few days ago and was wondering if there there is any out there and if u may know of some

YukiUzumaki Jan 21, 2013 9:31 PM
well once i finished nevermind i might just jump on the evangaila bandwagon soon I just got to finish colorfull really quick so yeah. i do not want to be watching to many becouse i do not have time and i hate haveing more then 11 animes going at a time thats counting the On hold and watching together

Well i am glad I have it on my anime list on plan to watch? so witch movie and should i watch a the movie first or the series?

YukiUzumaki Jan 20, 2013 6:25 PM
Nothing much Just Watching anime and eating Cake at the moment

and could u look at my list and tell me if there is any anime u would recommend ?

YukiUzumaki Jan 20, 2013 6:01 AM
Hello stanger Just trying to get to know more people on this site lol so HI

MisterK Jan 19, 2013 1:46 PM
I will see whole series just like did with Haruhi seasons, not to prove anything, but just to get fact to point why I'm right.

In example (oh boy, everybody love examples!) if you have in your hand an apple, and eat it, taste it and such you don't need to see how farmer plants apple tree to believe it will fruit those. Same goes here. There are show which from very first episode are clearly good works like NGE which was a groundbreaking series for it's time. There are series like Saint Seiya which will be remembered for decades and there are series which are simply bad. I will not change my statement about Sasami-san I will just get proven there will be little to none development characters. I'm nearly sure there will be new characters around 3rd and 7th episodes there are 3 scenarios how this series will end:
1) nothing will change, viewers will be heart-warmed
2) there will be massive twist like in Madoka (if yes, I will praise authors for that kind action)
3) series will go straight into fanservise and/or gag comedy with surreal and abstract unnatural jokes and gags like Nichijou and probably will get scond season if gain enough views.
Frankly, this looks better (by art) then Dempa Onna but by story is way behind laughter-only shows like Azumanga Daioh or Lucky Star.

Shit, TD;DR. No heard feelings chillax and thanks.

digi900 Sep 27, 2012 1:42 AM
read ur review about Kono Naka ni Hitori, Imouto ga Iru! , Bro even if it's bad , a harem is a harem , Ive seen and read so many harem / ecchi stuff that i know, you should not expect anything watching a Harem , it's a typical stupid harem Japan makes , They are everywhere ,so i thought 3 was a bit harsh cause its an anime meant to be dumb and only ecchi

MinM66 Jul 15, 2012 3:22 AM
yeah gto is awesome i watched anime of it when he got shot and went to take the test Lmfao fucking beast man! xD - Senjougahara huh? O.o I might watch anime of it to get then switch to manga once i like the story since my biggest problem is art and the synopsis is so vague i got nothing to go on
All Comments