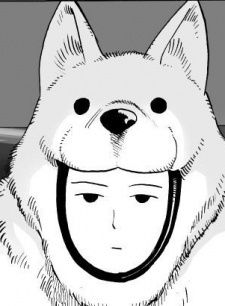 haydenluvsanime Jun 23, 2020 3:14 AM
The general idea with my system is that I'm allowed to express myself a lot more positively, as opposed to giving more spotlight to shows I hate. At this point I've seen so much anime that the regular 10 scale just isn't enough for me. AniList lets you use decimals, but MAL doesn't; so I settled for this system. The extremely low mean score is also funny to me.

Besides, it's waaay better to marathon these type of anime.

Yeah, it really is that good! A lot of the most vital questions that the series brought up in the past are finally getting revealed - in nearly episode too, and it's blowing my mind, honestly, lol.

the summer season was really amazing, but I have high hopes this fall season, this is my bet for the best season of the year.

ThatRazorGuy Jul 10, 2017 9:37 AM
Blank on Blank is fantastic. Regardless as to whether I agree with the ideas presented in a video of theirs or not, it's always insightful and entertaining nonetheless.

Yep, I'm subbed to him. It's a damn shame he doesn't upload more consistently tho. :/ Likewise, it's cool to meet you too dude.

Tbh, I don't think I've watched one live-action ever. They just all seem like a letdown.

By season do you mean literal season? Or anime season? Lol

Not much, was just looking into the official ending for Humanity Has Declined.

Raging_Berserker May 21, 2017 10:43 AM
No, not Jack. You're the homie. So it was directed to you. I have seen a couple videos to get me back on track with some of the storyline of Samurai Jack but it's still unknown when I'm gonna start the rewatch. It's gonna be a damn long time for that one. For now, let them finish airing the fifth season since it's apparently the last one.

I'm not big on music scores for movies and all but I do have an ear for some nice tunes when I do hear them and like them. I wouldn't know if that piano remake was that impressive or not, I will simply admit it's tight tho.

I been off the grid in terms of Internet for like 2 weeks. We finally did the family house wifi so I'm here now. Life is shit, I'm at my lowest right now bruh. Everything is just plain boring when you ain't currently working or schooling. How's that dust biting going for you so far bruh?

imbricator May 19, 2017 7:41 AM
I dropped the anime because I had already finished the manga. I knew what happened so there wasn't any reason for me to spend time doing the same thing.