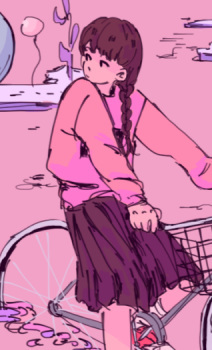 Lorescothe Yesterday, 12:19 AM
I've never dated a yandere, but I'm sure most of them would be trash. 0/10 not worth risking being stabbed lol

Ah right, I forgot about Gaster.
The fanbase is about what you'd expect, those kind of badly-drawn-deviantart-furry-diaper-porn types.


Well, mainly equipment for the playback of audio, like headphones, loudspeakers, electronics, etc. I've owned crazy high-end stuff (like speakers that cost five figures) but at the moment I'm using a much simpler and cheaper headphone system that turns out to sound better in some ways, like resolution/detail:
https://personal.audioquest.com/nighthawk
https://chordelectronics.co.uk/product/mojo/
Apparently it's comparable to some of the best audio systems out there. Chord's designer said this: "stop listening with your wallets - I too have heard 100k USD headphone systems and 0.5M USD speaker systems and a humble Mojo with Nighthawks or Aeons easily beats them in terms of musicality and transparency"
There are some good cheap headphones as well. (Though many outright suck.) My favorite budget headphone is this one. It looks like a cheap toy, but sounds better than plenty of (though obviously not all) headphones that cost hundreds. Even when I had $1,000+ headphones, I would often reach for it instead of them, because it has an exciting and unique sound. I still have a few pairs.
https://www.koss.com/headphones/on-ear-headphones/ktxpro1

SadMadoka Apr 3, 6:44 PM
I didn't get far in Wind Waker. I still have it in storage, so maybe I'll get back to it someday. Did you play A Link To The Past? (It's on some modern consoles in digital format as well.) That was one of the defining games of my childhood.
Since you're so into music, are you into high-end audio gear at all? I'm kinda obsessed with it since it can make music sound much better.

SadMadoka Apr 3, 6:13 PM
Have you seen the Zelda animated series? It's highly amusing to me.

What are your fave Zelda games? Mine are A Link To The Past (SNES) and Ocarina Of Time 3D (3DS).

Lorescothe Mar 30, 11:55 PM
I'd like to believe in my ability to reason with yanderes, speech 100 style, but yeah I guess there's no guarantee lmao.
Yeah been a while since I've seen one either. I was looking at the yandere tag on VNDB recently, saw one that looked interesting and then saw "genital mutilation" and noped the fuck out with a flaccid willy lol.

Yeah, I think I played Undertale back during the first wave of popularity. Yume Nikki influenced Undertale? Been a while since I've played it. I remember he was influenced by Earthbound.
iirc not a bad game, despite the fanbase being awful (Undertale).

Lorescothe Mar 26, 10:30 PM
It's been a while since I played it, but it seemed alright. I'll get back to it eventually.
I didn't know the ending when I first played it. Left me mopey for a few days lol. Amazing how something with such simple art and no dialogue can do that.
I like me some yanderes, but generally not the kind that will stab me. My favourite is Mayu from Idolmaster: Starlight Stage:
https://www.youtube.com/watch?v=IrUrFNv9ubc&list=PLe86o-bR69mr9IjSTBn6DEiIyxNsH1IEK

Lorescothe Mar 24, 10:03 PM
Yeah, he really is a genius.
I still haven't finished Yume Nikki -Dream Diary- yet. I remember a lot of negative reaction from the fanbase, and the jokes about "kikiyama's seminal release" and stuff lol.
Btw, I take it you like yandere girls, judging by your favourites?

Lorescothe Mar 22, 2:45 AM
Yeah, the gills are pretty badass.
Also, nice Gobou forum sig. I always come back to his videos.

Lorescothe Mar 20, 12:56 AM
It's so campy and unaware that it's actually pretty charming.
I love me some Dimmu Borgir:

SadMadoka Mar 19, 8:57 PM
Naw. I stopped following his music many years ago, though I do intend on catching up eventually. On that note, here's my favorite Burzum cover.
https://nokturnalmortum1.bandcamp.com/track/my-journey-to-the-stars-burzum-cover

Lorescothe Mar 18, 10:41 PM
Yeah, I originally found Ghost Bath on some chart scale of least to most depressing, right down at the "suicide-inducing" edge lol.
Then you've got the exact opposite with gems like this: