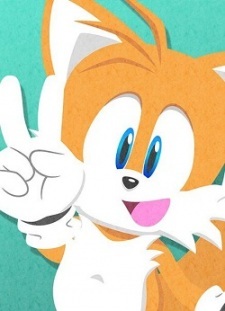 ShadowMonkey Jun 2, 3:26 PM
Thanks!
It's all so very surreal, but I'm getting used to it hahah, it's actually a fun time

Oh, and crap :O I never ended up replying to your previous message.
You know what? I'd be happy if they remade Crash Bash haha. I just feel like they'd have to turn down the difficulty on the insanely broken games later on in the story, with the crazy AI.

Yeah, I went on a huge AoT binge and loved it but.... I didn't really like the last season, if you know what I mean >.> switched over to the manga.

I feel like the love for planes has always been etched into me due to Tails and Sonic, hahah. But yeah, Macross, Porco Rosso, The Wind Rises,... seems I constantly bump into stories where planes have a large role. idk if I have the balls to try flying one though lolol

Yeah, Balan Wonderworld has come out since we last talked and...it pains me to say this, but it's perhaps the most unfairly bashed game I've ever encountered :(
idk if you followed the situation back in March and April, but it was ugly, to say the least. Individuals, companies, and...groups set out on a mission to spread blatant lies about the game, making fun of it for problems which are completely made up, and just completely misrepresenting the game in every sense of the word, completely warping the public perception of it and cementing it as perhaps one of the most disrespected and hated games ever.
In reality, Balan Wonderworld is a wonderful game with a life-changing story, and most of all a beautiful work of art. I can't even begin to describe how much of a unique platformer it was, and every second of 100%-ing it, I was just astonished by how much love was put into almost every aspect of the IP. It also has a wonderful and very inclusive community that was only made stronger by the hate. I swear, every time I talk to a fan of the game, there's an air of "Say no more, I know what you went through", haha. But yeah, the hate was vile, and even though I consider myself super stoic usually, I got pretty heated, to say the least hahah. I even wrote a super passionate little highlight on my IG profile that I have linked on my MAL profile if you want to check it out.
But I feel like this video calls out most of the bullcrap people are spreading about the game, so watch it if you're interested. But yeah, the whole situation was preeeeetty bad

say you drinking vodka stick with drinking vodka for that day. if want something else such as beer wait about an hour or 2. Having different contents in system at once can just make you sick and make you not wanna drink.

AmityBlight May 26, 8:11 AM
Being drunk means you'll be hungover the next day. You really are new at this lol. That eggnog nonsense old people shit.

AmityBlight May 25, 3:40 PM
Lol I know what screwdriver is. You buy premade like smirnoff. Soju ewww? Soju nasty bro. It's like fruity dish water.

I recommend smirnoff and Mike hard to start. Wine cooler to. Might not get you drunk but it's good place to start drinking.

AmityBlight May 25, 3:10 PM
Let me know your taste? What looking for fruit? sweet ? "I am just trying to get shitfaced" alcohol? Mello and relax?

Not all beer mainly that that mexican stuff. I love mexican food too.

AmityBlight May 25, 2:55 PM
Lately been hard mikes and this beer called Pacífico that stuff so smooth.

Before that is moscot whine and mmargets everyday.

AmityBlight May 25, 2:41 PM
Lol, we can have that conversation right now. I drink a lot and basically everyday.

AmityBlight May 23, 9:39 PM
thank you my friend I enjoyed my weekend I had a lot fun. I'll reply to other comment later. I am hella drunk.

I wish I was, but I guess am little. My sister and family were huge wrestling fans. I remember when Eddie Died they were both crying. It's shame now I am older he was one of my favs to. They told me a lot about the business and what made wrestling good and such. Yup, My mom used buy for us when she went the liqour store when I was kid.

Yup, that's one. We had it Sega and SNES. Blue bret hart was my fav. Kinda except less moves and everyone chibi. I have no clue All star was on PS2 until I saw it yesterday on gamestop. Vince is sissy that simple. I seen clips of it, but the full thing.

Gym Partner so sus without trying to be lol. I liked some of it, it was kinda funny.

That's great! What career path did go down? Engineering or something to with people I assume? I have one it's Amity#6460. I rather not. I prefer keep convo about entermaint my views on real life issues and problems are discouraging and frankly "Evil" for most people. So I wouldn't say to you.

AmityBlight Apr 18, 1:41 PM
Sorry for late reply been working 12 and 10 hours a week lately. I am writing this before I visit the dentist and they may take a few teeth and I'll have be focus on my appearance for awhile.

I seen this Bret Hart video 3 times. It's funny as hell. Ultimate Warrior horrible according to Jim Cornette lol. Hogan in Japan was best Hogan. I still have some of his matches on VHS tapes. Back when Wrestling fans traded Tapes among ourselves. AEW looks a lot better than late 90s and early 2000 botchy Japanese Wrestling. Nah, it was real quick he was grabbing some chips or something me and my friend were in the back getting some sobes ( drinks with lizard on them ). "Woah Hulk Hogan" He said "Yup how you girls doing today?" "were great" That is it lol.

It was underwhelming story but aye! I forgot ask for Autograph my friend got it.

AJ might have a decade, look Edge returned. I wish wouldn't but he did. Terry Funk still wrestling he's 74 I think. I really liked WCW Vs Nwo Revenge on N64. I like Battle grounds I know people hate it. Wrestlemania arcade game was very good too. SuperStars was great on PS3. I seen clips never the whole thing. Vince russo does suck so I agree with Jim.

Nah my family was discharge from the service once he got in a car accident before I was born. I traveled for other reason I don't really like discussing it.

I liked Foster but that showed started tank after season 2. I like current Ben 10 a lot sadly no one online does. Yup Remember all neet-o Jpop/Jrock songs on there. They were at Macy Parade. I remember episode being cut because of the Japanese Tsunami that happen. I like show Which was your favourite? 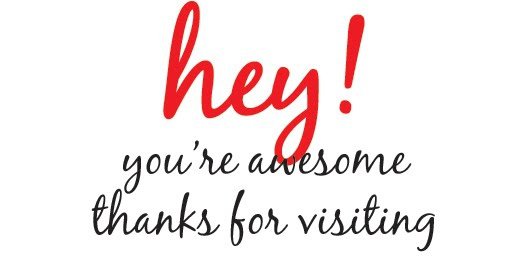 rapiddroid Apr 7, 2:27 PM
Hey man, you like KANYE??? You should add greg to your favorite person

AmityBlight Mar 25, 11:16 AM
Lex luger never reveal secrets. I will tell you

Mexican cartoon called Vallianos. Now I help no one swagg jacks' ME!.

HOLLA IF YOU HEAR ME! I always love Big Poppa Pump scott steiner.

Hulk hogan is garbage wrestler according to bret hart. I think he was okay wrestling wise. Japanese Hogan matches were crazy. I love his "I don't not have 10 inch penis" line. I always love Hogan I will remember the day I met in Long Beach I let cut me in life liquor store lol. Childhood was great lol.

AJ glad they didn't mess over he was wasting his time in TNA and ECW. I brought WWE 2K19 because AJ styles was the main character. Jim Cornette amazing! All wrestling stories. I love rant on shitstain "Vince Russio".

Maki only girls fails everything they want horrible wrestler and was horrible idol.

I relate to. I grew with no friends really. I spent my time alone on the road or in road listen music and trying 100% games. I still by myself, just me and in my castle
here. I kinda bare with it now. I don't feel nervous or bad around you. Shrek was good because told people judgemental of others. Sadly most still are. In fact I feel good. Feeling I haven't in long time. I'm glad met you as cheesy that may sound.