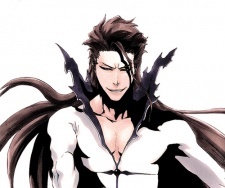 Yea i been watching anime since i was like 2 years old whatever was on tv is what i watched. Most of the ones they showed was saint seiya, city hunter, fatal flury, inuyasha, dective connan, so many more good anime.
I have seen hijame no ippo pn tv when i was young so i need to refresh my memory by rewatching it. And yu yu hakusho is great but i don't like how lazy the creator is

Chiester556 Aug 5, 2018 9:33 AM
Sorry for it taking a while to get back to you. I agree that having a balance of emotions is ideal, but knowing how to balance those emotions out is very hard. I agree that even a good balance can become predictable, predictable doesn't always mean bad though. I just watched "your lie in april" and the show is very predictable. But even though you know what's going to happen, the way they balance out sadness and happiness is very well done. So because the execution is good, the sad scenes hit hard even though they are very predictable.

Higurashi does the unpredictable thing, and the sad scenes hit pretty hard as well. Explaining this scene in Higurashi may be hard, but I will try. This is shown in the scene where (spoiler) Shion kills Satoko to avenge her lover Satoshi (Satoko's brother is also satoshi). But then shion later finds out that Satoko kept her promise to be stronger for Satoshi while Shion broke her promise to protect Satoko for Satoshi. It's a pretty sad scene that I think only a few people would see coming, you really had to pay attention to the text to see it coming.

I choose two examples of emotionL scenes both predictable and unpredictable done right. Both of them can be well done, it's just all due to execution. I like unpredictable emotional scenes probably a little more in general though. The unpredictable scenes can catch you off guard, making the emotions hit you all at once which I like.

Meowlody Aug 4, 2018 2:36 PM
If that’s the case then their personality doesn’t make sense and shouldn’t be realistic. Give me an example

Meowlody Aug 4, 2018 8:29 AM
Yeah same, but from my point of view you should be able to explain all of a character’s actions even if you boil them down to their most simple parts and you shouldn’t need anything else to understand them. With Nia, it’s in her personality to try and help others and understand them, so it’s only natural that she would try to cheer up the gloomiest protagonist this side of Shinji Ikari

Inuyasha is a great anime im glad to be rewatching it. And i have watched a lot of old animes when i was little. half of the things I've watched aren't on my list due to the fact that it's been too long and i need to refresh my memory by rewatching and an example is inuyasha
I've been study dont worry 😂

Meowlody Jul 29, 2018 6:08 AM
Ye, I have a lot of trouble explaining things I like and I have a really easy time explaining things I didn’t for some reason (I know that’s kind of opposite lol. Character development is heavily dependent on personality tho, as some personalities aren’t really fit for development. Let’s take Simon for example: one of the reasons he changes so much is because a coward has the most room to change. He has to grow and that growth will change that personality for better or for worse

Meowlody Jul 28, 2018 11:01 PM
Design and VA are probably the least important parts of what makes a character great imo and are more or less icing on the cake. for me a character’s development and relatability can be classified as an extension of personality as well and philosophy is identical to world view

Meowlody Jul 28, 2018 10:38 PM
I mean, what is there really to like about characters besides their personality? World view is something I care about but in a series where you can literally break physics by believing hard enough I don’t think world views across those lines are compatible

Meowlody Jul 28, 2018 5:11 AM
Just really like her personality and I kind of became known as that Nia guy on FG so now that I have a few characters I like more I feel weird changing it

Im watching a lot of anime at once but im more focused on 3 of them. I'm not into anime a lot anymore because the new anime suck and i watched mist of the oder ones.
I take one in october and one in november