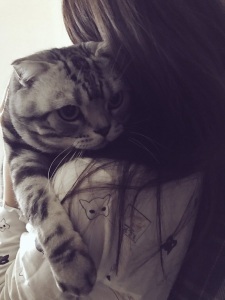 Tomm01p Apr 28, 2019 8:07 AM
I don't really remember any particular moments from the first series, but that's pretty normal in my case. I always remember the product as a whole and why I liked/disliked it, but I forget singular scenes almost immediately. That was why I put the "as far as I remember" there, cause to be frank I wasn't really sure. Even then though I feel like the second series went a bit overboard, these two were absolutely perfect as friends and I see no purpose in a love triangle other than to appeal to a certain group of fans.

I think you would understand what I meant a bit more if you watched further, there was one episode that was literally "a race between Teko and Kokoro for the main prize that is a kiss from Pikari", and if that isn't something completely dumb than I don't know what is. I don't think anything like this happened in the first series, though again, there very well could've been other "yuri-bait" moments ever there, my memory isn't exactly the brighest.

Anyway, thanks for reaching out to me, it wouldn't be that bad to remind myself of the original sometime in the future.