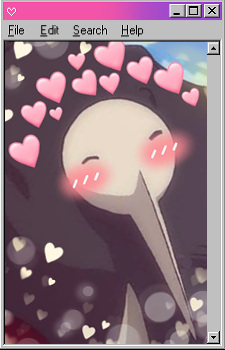 Well nothing much happens afterward. Pretty bland story and in the end you're like..what hell did I just play lmao. Well yes you're right about that haha. What do you mean? They announced FF Versus XIII back in 2006 and I was hyped as fuck but they changed the name to FFXV in 2013. The thing is Nomura the director decided to quit and focus more on KH3 so..the new director had 3 years to make this game function with the themes he got from Nomura. They also had to change a lot to make it work..but it didn't work out that well. Haha yeah.

I know..but it seems those times are over and all we get are unpolished games. Yeah indeed...I mean they showed so much content in that direct and it contains 2 parts so pretty okay. I agree this was bothered me a little too..I mean 30€ for that game would've been enough. I actually paid for it..SE really got me with their pre-order exclusive PS4 theme..I actually started playing KH3 Crit Mode now for that reason lol. The game came out last year and they'll be releasing the DLC on the 23rd Jan so now. I think they made the game with the DLC in mind. It didn't seem like they were rushing..or so I hope. They also made the DLC with people's thoughts in mind..I hope it's good but I won't play it now.

Same lol. I mean I don't play Smash..but wasn't Byleth to be expected to be there sooner or later? Besides it's only one character..if they don't like him they shouldn't use him. It's always the FE characters lol.

tsubasa_ Jan 17, 2020 9:17 AM
Pretty boring theme for a FF game if you ask me. The story in the end came out of nowhere. Enjoyable yes but I only liked the driving. Ignis was good, Gladio was trash and Prompto the guy whom you called a little shit was actually the best character of them all. His character has some depth behind the goofy mask he's wearing. Like I said good graphics can't save a game if the story is bland. They should've waited a few more years before releasing unfinished garbage. See lol good thing I didn't bother to watch the movie. It's a 3.5 or 4 for me haha.

I'm actually fine with this than making a new game with the exact same stories and a few more gimmicks. The DLC content looks promising and 30€ for 2 contents doesn't sound that bad either. I only wish they had focused more on the actual story involving Zacian and Zamazenta. But yeah you're right the game itself isn't worth the price. KH will be doing the same shit next week with their Remind DLC which should've been in the actual game to begin with. It's justified for Drakengard I have no issues with that. And yeah about Pokemon I'm glad the returning Pokemon aren't stuck behind the paywall as you can simple trade or transfer them from older games.

tsubasa_ Jan 10, 2020 6:37 AM
Yeah but they turned him into a spoiled brat aka dumbass. I mean they didn't show any connection between Noct and Luna..no scene. (Would've been too much trouble if we had played as kid Noct who meets Luna for the first time? This would've been so awesome). I didn't feel sorry for when she died just like that. We barely knew anything about that woman anyway. It felt like the first few chapters were a complete joke and then after the events in Altissia they story just turned dark all of a sudden. Why not do so from the start. I thought this would be some kinda dark fantasy or something like that. Nah it was mostly bros on the road lmao. The only good thing was the last chapter in which we got to Insomnia and Somnus started playing..this was hella nostalgic but then I wish we had a change to play in Insomnia before it got destroyed sigh. Yeah a lot of stuff happened out of nowhere..No clear game plan..and I was hoping for this game to be the game of the century lmao. I own the movie but I didn't watch it because after the game I wasn't interested in all that crap anymore. SE doesn't know how to write a good story..they just bet on good graphics but that won't save them. Gladio was that muscle guy lol. Haha I bet xd Yeah you can't go wrong with the older games..they had impactful stories!

Same..I mean I wouldn't mind buying a DLC for like 1€ or so..for just a costume or a track but not for actual story content. Yeah I watched the Pokemon Direct and I was actually surprised they put so much content behind a paywall. At least the new Pokemon are free. I bought the DLC nonetheless since my little sister wants to play with me lol. I hope it's not lies...they'd totally ruin everything for themselves. A lot of people are already on edge..don't need to rub more salt on the wound. I miss the old times when companies actually released "finished gamess" without relying on DLCs :/

tsubasa_ Jan 9, 2020 2:38 PM
Yeah it was bad..I'd been waiting for it since FF versus XIII was announced. Back then Noctis was so cool and there was also Stella. They turned Noct into a complete idiot in FFXV. I didn't like his character at all. And don't get me started on Luna..she was a goddamn awful character. I thought it would be possible to at least visit Tenebrae which was Stella's home but nah. The game felt so unfinished and SE are still milking that cow as we speak. The only good thing was Prompto he actually felt like a really good character. I wish he'd been the main focus of this game. Gladio was annoying as fuck. Iggy was okay. You can finish that game within a few hours...what kinda FF game is that? I spend like 300 hours on FFX which had one of the best stories if you ask me. I tell you the previous games weren't like that! They were decent. You can still play and enjoy them. KH3 issues are pretty much the same..the story was bland, they turned the main character into a complete fool just so his best friend could look good next to him. His female friend has been the same ever since..a damsel in distress. They cut the reunion scenes of my favorite characters. They announced a DLC to fix some issues but that's stuff that should've been in the main game. SE turned into the worst cash grabbers. KH is also a good series I can recommend. I've seen a lot of people arguing about the same shit as me. The game felt like a fan fiction to me. Poorly written.
I understand just take your time with that :) True that lmao

tsubasa_ Jan 8, 2020 12:48 PM
SE fucked up big time with FFXV and KH3 and I can't just overlook that. I'm also not looking forward to the FFVII remake even tho I've been waiting for ages. Same :)
Oh so you haven't done the battle yet? I hope you are prepared for it! I did the battle with 9S because he was my favorite character and he kinda reminded me a bit of Emil.

tsubasa_ Jan 7, 2020 2:43 PM
I heard of them too but I don't trust SE too much. I hope Yoko Taro takes as much time as he needs to create another piece of art! True that :) I just love this man's mind so much haha. You are right about that. That scene was a good one indeed lol. Personally I like such characters a lot and it was so hard to battle him in Automata..with his theme playing in the back :/

tsubasa_ Jan 7, 2020 6:39 AM
I understand. At least some people got to see Yoko Taro's greatness xd I might add that Automata felt absurdly human too even tho human's weren't even involved. Such a shame indeed.
You did everything right I would've done the same haha. Oh I see doesn't matter at least you got to experience it! Kinda but Drakengard and Nier are connected. I can't praise Yoko Taro enough for creating such mindbreaking games.
He is! I don't like him to be overlooked..he has suffered so much! I bet haha I actually was waiting for people's reaction to his past appearance lol.

tsubasa_ Jan 7, 2020 6:21 AM
Yeah it is as most people automatically think of Automata. Ikr? It's just too good. I've been a Nier fan since 2010 but I had no one to talk about it. It only got the attention it needed from the Automata release. Not just Kainé, Zero is there too! As you can see from my list I'm a huge Emil fan :)