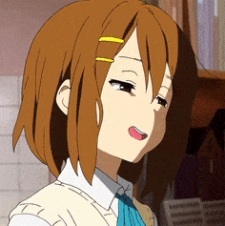 mimimilk Jun 6, 11:06 PM
It's that time of the year again my bro, Happy birthday! Enjoy being another year closer to death /s LemonadeSin Apr 16, 2019 10:13 PM
I like your reply on my topic yaoi actually is one of the cliché-st genres but I love it lmao so can you give me an anime recommendation I want something that screams "I'm original"?

AnnoKano Jan 18, 2019 9:16 AM
Thank you, I'm flattered. To be honest I learned a lot from someone who used to be a very popular reviewer on this website, Tehnominator. She was a far better writer than I am but unfortunately she took down most if not all of her reviews a few years ago. It's quite a shame.

If you are looking for advice, I would say the most important thing to remember when writing a review is that your opinion is not that important; what matters is making what you write entertaining to read. Obviously having an interesting opinion about the subject will help you in that regard but people who don't know you need to feel motivated to read it.

Best of luck with your writing.

Huss Aug 10, 2018 1:11 AM
hey i liked you and your comment in my thread, and want to invite you to my server. like take a look at it and see if you like it or not.https://discord.gg/yNAZmkM

wgbho23 May 20, 2018 6:58 PM
Well, the one million percent thing was just him outwardly expressing how important it was to put all his strength into that punch, ie hyping himself up. About the Naruto thing, I admittedly like Naruto (especially the earlier parts) but what's going on with Bakugo is not at all like Sasuke and you'll see that in the coming eps, assuming that's what you were talking about with "the Naruto problem".

Anyways, yeah Kimagure Orange Road's love triangle is shit, honestly the only great character in the show is Madoka and she carries it. There's also not nearly enough focus on the main relationship and a lot of time is wasted with Hikaru, who is just an average, if not bad character, everything involving her is mostly bad too.

Edit: The Kimagure Orange Road sequel movie is by far the best part of it all, i'd also recommend Touch and/or Cross Game if you want to see some romance with a sports series.

wgbho23 May 20, 2018 5:01 PM
Hm, well if you're interested in any other romance anime recommendations I have a few although one of them I don't necessarily love.

Kimagure Orange Road is the one I don't love, but I would recommend checking it out regardless, a lot of people who like Maison Ikkoku also like Kimagure. As for Planetes, it's been awhile since I watched it but it and Space Brothers (both sci-fi SoL Seinen) have good romances but both don't end very well. Planetes heavily expands on its manga counterpart whereas Space Brothers still has an ongoing manga. The best one in this list is probably Princess Tutu especially if you're interested in a meta take on fairy tales with some dancing and romance sprinkled in, also some cool action.

Anyways, our tastes definitely aren't the same (or even close to it), but quickly comparing our lists we seem to either have the same rating or vastly different. Just a quick example would be Higurashi, Re:Creators, Rakugo S2, and A Place Further than the Universe, I'm sure there's others as well.

Btw, have you thought about reading manga at all? I'm surprised you aren't liking MHA s3, as a manga-reader, the first 2 arcs S3 will cover are my favorite of the whole series so far. On a final note, some of your tags seem to contradict your ratings, any reason why? (That is, if you can even find the ones I am talking about).

wgbho23 May 20, 2018 4:18 PM
I completely forgot about this comment, but I'm glad you liked it. Personally, I can not name any flaws with it and love it immensely (which is why it's my favorite anime of all time) but I'd like to hear any problems you had with it.

I consider it my favorite romance but also easily my favorite comedy, if it's not doing romance in the moment, usually there's some awesome SoL/comedy stuff going on.

Anyways, I really need to watch Honey and Clover and KareKano asap, I get the feeling they may both make my favorites.