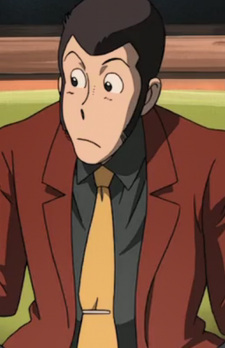 SMOA_Mic Sep 14, 4:02 PM
Hey, i just checked your stuff, youve watched a lot of shows lol, well i think to love ru, jigoku shoujo or school days would be good to react to next , ill leave them as suggestions on the discord server, have a nice day!

Injuu Seisen: Twin Angles & Injuu Seisen XX
- Injuu Seisen: Twin Angels was the continuation series from Seijuuden: Twin Dolls. This series just same like it's prequel series, good in story plotting and nice uncensored parts drawn as well as the sexual scenes of this series was increasing. Although the sexual scenes increase but all of those scenes were unsatisfied because the scenes too short & no any creampie scenes. I would say this series just have some improvement and overall was ok. Score given: 7.5
- Injuu Seisen XX was the last series and it was the continuation series from Injuu Seisen: Twin Angels. I would say I feel really sad, dissapointed and hate about this last series. The main reason that I hate about this series was the 'simply lossing of virginity' of two female MC; I mean the virgin of both fmc were always the core of entire series(Seijuuden, Injuu Seisen) BUT in this last series, both of fmc just lossing their virginity with that nonsense plotting, it's just messed up the whole series with that scenes(both fmc get R scene). I feel like I'm wasting the time for this series, I think I told you before that(my previous comment) that I given the score for this series was mainly because of it's story plotting, the story plotting of previous series was good and that time I still don't know the exist of this sequel last series and until I watched this last series; I'm gonna lower the score for this entire related series because of the the story plotting of this last series(where fmc get R and simply lossing virginity scenes)was just the worst scenes ever, I'm really feel angry about that scenes and I just wonder why the director of this last series decided to make such lousy scenes.