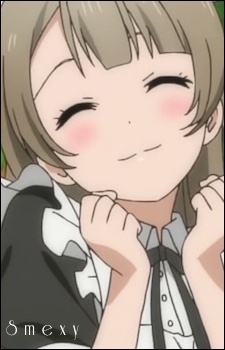 Fateism Feb 14, 2:19 PM
I love bing watching for the most part, unless it's a sol anime. Those need to be taken in smaller doses or you'll OD on moe. But frankly, it's probably due to my consumption of visual novels as of late. I use to, and still love most sol of love cutesty anime, but because there's some much sol in most visual novels I play, I get burnt out. So when I encounter more of it in anime, it gets a bit to oversaturated for my tastes. There is such a thing as too much of a good thing.

You can get a lot of visual novels on Steam itself, though most are censored and you need to patch in the removed content. I usually get my visual novels from sukebei.nyaa. For the visual novels that fall under the low seed, harder to find stuff, or untranslated visual novels category, I mainly relay on animebytes. There are lots of seeds on obscure stuff and most vns are organized in a neat and convenient format or with tags. Like by genre or publishing company. I don't know what I'd do without animebytes. This same applies to old anime that's dead on nyaa or has low seeds.

That sounds pretty neat. Feel free to share your video with me whenever it's finished if you want. I'd love to take a look at it! As for artists, there are so many good ones these days, yet so little time to consume and appreciate their works.. But in this case, that's probably a good thing.

Fateism Feb 5, 9:52 PM
Trying out reaches? And yep, it's a weird medium to get into I'd say. I suppose I just got a bit bored of anime at the time and decided to go that route for a bit. I'd say it was the right choice, at least for now. I still try to watch anime here and there, but it's a tricky to balance out both interests. I just can't seem to do it reliably, so I stick to visual novels for now. I can always go back and watch the more interesting shows that have caught my eye and that I've missed anyway, so that's probably why I don't feel too much of a rush to pick up anything right now.

I play normal games, like any regular gamer does! It use to be through consoles, but during these past few years I've transitioned more to PC gaming save for Nintendo games. But the majority of my library and what I focus my funds now is mainly on Steam. If you have an account, feel free to add me on that if you would like. But for the most part, my free time is mainly reading visual novels or just watching stuff on Youtube or Twitch as of late. Nothing really exciting to talk about there, unfortunately ;)

Yeah, she's pretty cute. Ui Shigure, the artist? I checked out some of their stuff and I definitely have seen some of their works around. I like what I'm seeing. It's hard to say who my favorite artist is. There's too many to list. Kantoku is probably up there. I've been a fan of them for years now.

Fateism Jan 29, 1:21 PM
Not really. Mostly due to the limited amount of time these past few months. When I do have free time I usually spend it reading visual novels, which are naturally a time sink. Even my anime sessions have been cut back as of late.

Genshi Impact and maybe Azur Lane are the only mobile games that have caught my eye enough to want to consider playing them. I don't go out of my way to watch vtubers, but I do occasionally catch some streams or clips of them. They can be pretty fun to watch. Haachama's probably my favorite.

Fateism Jan 27, 10:07 PM
Indeed it has. Hope you've been doing well lately. And of course, keep those cute retweets flowing!

Fateism Jan 27, 1:26 PM
Thanks bro! I can't tell if you're being sarcastic or not, but given my bad taste, it's safe to say you probably are. Regardless, I appreciate the sarcasm. Any fellow Fatebro has my permission to indiscriminately critic me ;)