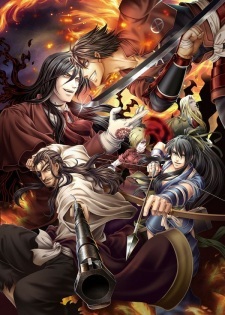 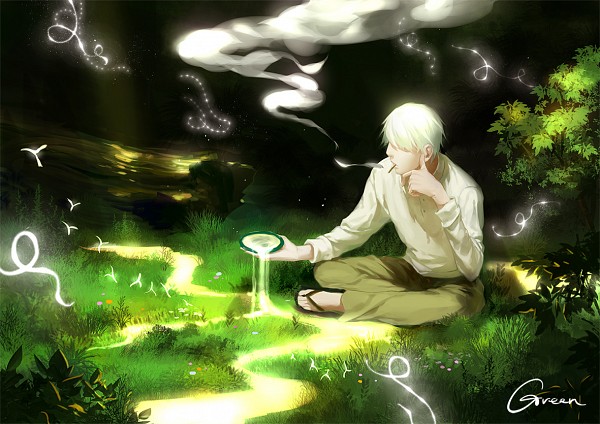 In search of truth and happiness.

Feel free to say Hi.
I'm mostly on here to record on my anime list. And sometimes I write poems.

Even among the grayest clouds,
The skies stay open in forever blue.
Even in the darkest night,
The sun makes its return for me and you.
Count your blessings,
For time on this earth is all but a moment.
Count slowly or quickly,
For even time itself is yesterday's atonement.

Yudesei Feb 20, 2022 11:33 AM
The most significant difference is the new Palace, and the two new characters that come with it. It's rather unfortunate that both of them are characters that I dislike. This addition to the game also comes with new endings, one of which is the 'True ending'. The 'Thieves Den' only exists in Royal. I absolutely loved the Tycoon game, which is also a new feature in Royal. Then there are some minor changes, like new places to go, some changes to Mementos (+ new character) and a few changes to Akechi's role (+ his Social Link). As for Strikers, I enjoyed it. I liked the new characters and I was impressed about how good the soundtrack was. Somehow, they managed to improve "Rivers in a Desert" and "Last Surprise". I didn't think it was possible, but they did it. There's a noticeable difference in what type of villains the Phantom Thieves are going up against. In the main game, most of the Palace rulers are truly bad people. In Strikers, the villains are more sympathetic. I have mixed feelings about the combat system though. It's not a turn-based RPG like the main game. Rather, it's the same as the Fate/Extella games. I'm still not sure if I like that change or not.

I liked the idea of Persona 4's story; saving the good guys from getting killed while chasing a serial killer. The conclusion was a bit underwhelming though. It's a bit difficult to discuss why I wasn't satisfied since it includes massive spoilers. All I can really say is that the main villain was pretty lame. They're on the same level as Madarame instead of Shido or Maruki. Furthermore, Yu (the protagonist) is bland and boring in comparison to Ren/Joker since there's nothing to his character. They had the perfect opportunity to have an amazing plot twist about his "real identity", but didn't take it. Most of the other characters are likable though. I absolutely loved Naoto, and Yosuke was on my team throughout the entire game. I enjoyed the Social Links as well, espeically Naoki's. The game being on Steam also made it possible to play using mods, which made the experience even better.

Yudesei Feb 19, 2022 4:04 AM
Of course you can!
I've played Persona 5 once and Persona 5 Royal twice (+ Strikers once). So far, the only main Persona game that I haven't played yet is Persona 1.
Persona 4 has no connection with Persona 5 aside from the main characters being able to summon personas, the overall gameplay is similar and some shadows/monsters are re-used. Everything else is different; new characters, new plot, new setting. The concept is also different; in Persona 5, you fight the bad guys in order to change their hearts while in Persona 4, you're trying to save the good guys from getting killed inside "Mementos" (It's not really Mementos, but it works in a similar way). Personally, I think Persona 4 doesn't quite reach Persona 5's level for multiple reasons, but the game is still great and I had a blast playing it.
I should probably mention one thing though; if you decide to buy the game and want the true ending, you should look up how to get that ending. I'm glad that I learned my lesson from Persona 5 Royal, because Persona 4 Golden is even more sensitive when it comes to getting the true ending.
I hope Persona 2 and 3 also get Steam releases. I recommend those two as well.
If you have any other questions, feel free to ask ^^

My request may seam strange but...

I'm managing a small club dedicated to romanticism, and we are recruiting... poets ! ;p

I've seen you post on a poetry thread, and I just find it great that some of you are still expressing yourselves that way !

Here's the link, if you're curious.

Anyways, have a nice week !

I mainly enjoy indie, point&click, and farming games hahaha. I like story games, but don't like anything that's challenging tbh. I also am a sucker for games with super cute graphics :')

I really enjoyed divinity original sins 2! The story was interesting, and I liked the RPG aspect of it. I'd say I'm about... 3 quarters done the game, but I've stopped playing for now (to play valorant).

If there's a game you really enjoy, let me know! I'm always looking for a new game to play (:

Hydre_Ito Jun 10, 2021 2:27 AM
Poetry is really diverse n there is almost no rules from my understanding, so I think there will always be people who will love your work! Do you plan to officially publish some sometime?
I feel like an idiot for not being able to give any valuable or proper feedback tho

I also made my Discord quite recently.
I think I will send mine when you message me on Discord! but my current style is very different from yours...but since I'm a newbie there is a high chance it will change

You seem like a busy person, what's your job? I'm only finishing my first year in college, doin a Business course

Yes! I would love it if you showed me them n_n

Do you have Discord?

I like poetry in general & some I love, but there are some types I flat out don't like.
If you want, we can exchange poems from time to time. Although mine are probably an embarrassment hahaha

waalex11 Jan 19, 2021 11:23 PM
I assumed it was a simple question but I enjoy relaying my answer in detail.
As for Triss, she's definitely more approachable in an instant over Yennifer. ... I watched some clips of her route in the past but maybe one day I'll restart all over in New Game+ to get platinum and go for Triss.

I don't remember the other side heroines, but I did like a short haired one who's a nurse since she was recent. I think it's the one from Hearts of Stone.
There's a few that were nice. I was disappointed that the succubus wasn't a heroine.
I haven't played many hours on Blood and Wine but I did see the sex scene with that heroine which I look forward to experiencing.

'Not sure when I'll resume playing it, but it is so fun.

waalex11 Jan 17, 2021 1:47 PM
Fuck... Lol.
I never played the prequels, and even though I skimmed through recaps and watched some cutscenes, I don't clearly remember their backstory, but... Yennifer.

Although, I hold the impression that Triss was easily likeable.
I'm probably biased because I barely remember her route and only completed one playthrough on Yennifer's, but the character and confidence of Yennifer is too sexy, haha.

Zefyris Jan 16, 2021 11:27 AM
I'm playing with the psp version. I do have a major advantage over most western peoples wanting to play it, since I can play them in Japanese so the lack of official translation isn't a problem. Though I really wish it would become available on Steam since all the other game of this series I have are there, but alas for now no luck.

[size=100]
Hello! Thanks for reading the first MAL California Club’s newsletter and thanks to Kana-tan for our very first newsletter banner.
[/size]

[center][color=#009966]
We are glad to announce that we will have our third simulwatch movie watch this week. If you are wondering how we simulwatch, we use the website called rabb.it and we stream the movie for the members to watch. If you are interested in simulwatching with us please let the admin, Thaiieee, know if you want to come and watch it by showing us when you’re free in this forum.
The 3rd movie we are planning to watch is "When Marnie Was There”.

Every month we use a poll to have members pick what Ghibli movie they want to watch. Once we finish every Ghibli movie, the next theme will be Disney.

We have a Skype group chat as well, for those are interested in meeting our fellow members who are fairly active.

We have plenty more events to come in the near future. So please come join us and participate!

Thank you for reading and have a nice day :)
Love your friendly MALifornia staff.
[/color]

Winterll Oct 29, 2014 1:14 PM
Hello, you probably don't know me but I'm remaking the MAL California Club and it would be cool if you joined to help the group grow to what could possibly larger then the original! Feel free to spread the word and thanks for your time.