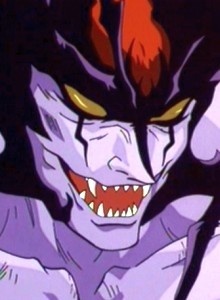 Kellhus Jun 25, 2013 3:58 PM
I am a really big fan of classic Japanese heroes. The thick stoicism and unwavering confidence in lead roles that started becoming popular culture in 50s and 60s movies. Hokuto no Ken basically takes that form of story telling and packs it into everything that is awesome about 80s anime (some of the best VAs at their peak, 80s music, hand drawn animation, extreme violence, etc). There could be no better formula for me. Much of the appeal is in the absurdity and comedic factors. Kenshiro. and Kamiya's performance as him. play a huge role in the enjoyment factor too.

If your list is accurate and you are on episode 10, the show gets significantly better once the first arc is over (about 25 episodes). The first arc is very episodic and monster/thug of the week, after that is over it quickly turns into a more plot driven series composed of many character arcs. That's not to say if you don't like it now you will later, but it certainly evolves into a more focused show.

lordzeru Jun 20, 2012 9:44 PM
I don't blame you. It's not worse than Son of Godzilla though, I promise. Very few movies are as bad as that. I say you should go rewatch King Kong, and find a nice download for Mechagodzilla. I watched Mechagodzilla not even like three or four weeks ago, and it was still pretty decent.

lordzeru Jun 20, 2012 10:39 AM
Eh, I don't know about 'one of the better' films from the Showa era. Godzilla vs King Kong and Godzilla vs Mechagodzilla are still pretty good watches even today. But Megalon compared to works like Son of Godzilla and Godzilla vs the Sea Monster? You bet Megalon is a good one, LOL. Nothing wrong with being obsessed. Hell, I think I drew Godzilla on half of my homework from ages 4~7.

lordzeru Jun 20, 2012 8:38 AM
If only this was facebook and I could like that last comment. Grew up watching Godzilla vs Megalon over and over, but MST3K did that movie right.

For me, the first two years of high school were pretty enjoyable, not so much the last two years. Eh, shit happens and there's nothing you can do about it.

I didn't think boarding schools were that popular anymore. At least they aren't here in Canada.

True story. The internet can be so distracting at times, especially if you're trying to study for something. I sometimes end up having to go to the library to study, haha.

Don't they at least have wi-fi available of something? :/

Oh wow, haha. You should give some of the newer shows a chance as well. Some of them are genuinely good. :P

I've heard about that movie from many people, actually. Admittedly, the fact that it was made in the 90s is a huge turn off. I'm sort of picky when it comes to animation. But I'll definitely watch it some day, haha.