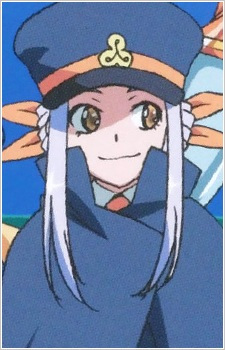 masonoshee Mar 30, 3:48 AM
I'll have to watch Gosenzo-sama Banbanzai next then seeing how highly you praise it, thank you

masonoshee Mar 29, 5:53 AM
np, i really like your profile. you've seen a lot of anime that i want to watch

Yeah, Kakegurui is pretty trash but Kaiji is THE REAL DEAL(tm). Shame we'll never get a full adaptation of it cause I gotta say, while it might not look like it, this is an anime that has mastered the gift of making blocky people do things really slowly while crying cartoon tears utterly thrilling. And the OST is the good stuff. My favorite game is definitely the pole crossing you're currently at. Ironic since it's technically none of that keikaku doori-tier gambling but I love its take on the human nature, its pathos is A-tier and it's all around really atmospheric. Plus Tonekawa's side commentary. He really does give the greatest speeches.

Yeah, get back to Noein. Down with your trash consumption!

I'm glad we agree on the waifu matter. I will not hand mine over to you, though.

Right, these shows technically do have kuuderes. They just didn't come to my mind because they are these socially incapable, downright unintelligent life forms that I find hard to consider human in the first place. I do think there's potential in the kuudere thing though. A kuudere's smile can be warmer due its rarity or something like that maybe. You could also do a bit of commentary on the stilted emotions thing. But that would require more insight and genuine attempts than can be found in most otaku media so instead we get these special kids with the mindset of a three year old. Anyway, point of the story is, BEST GIRL never wins and it's always the same few archetypes that do, more often than not executed in the most generic ways.

I'm not too fond of most romance stories either though there's the occasionally good one like Emma.

I genuinely hope WEP will recover from its latest episode being less than ideal.

I really am glad though that you made a twitter account because you fell in love with me, that's very kind of you.

BeatImsoniac Mar 5, 3:21 AM
Thanks for accepting it
All Comments