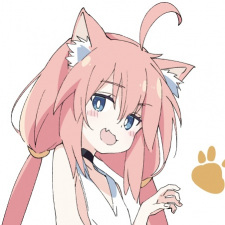 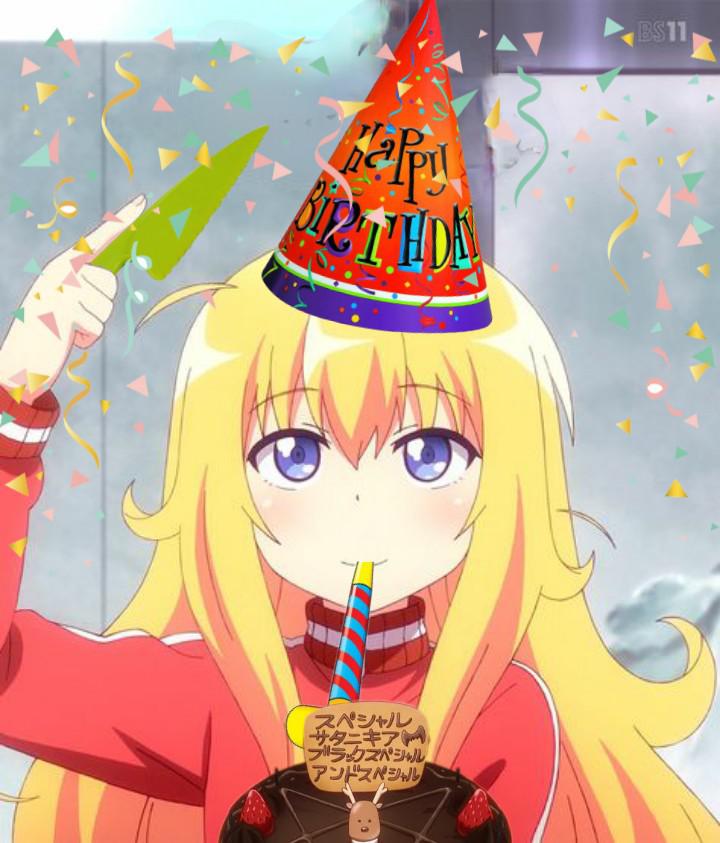 Brati Feb 3, 1:48 PM
Im glad you were able to understand what I wanted to say XD

Oh I got Nakano Broadway from a Youtube Channel called Tokyo Extra, which was so interesting to me. It features all the different wards in Tokyo and what you can do there. Its English though. But it has Japanese subs XD Weird combination.

Odaiba is so cool though!! It has the Tokyo Big sight convention center where for example ComiKet takes place twice a year. It also has the Fuji TV station which is known from Digimon Adventure for example (its the building with the sphere shaped observation deck). Then it has the huge Diver City shopping center with the transforming 17 meter life sized Unicorn Gundam in front. Amazing! It also has a beach, but who cares about a beach when you go to Tokyo haha. It also has the Shinonome apartment buildings which are so tall, I cant even imagine how many people live in one of these buildings alone, or in the block of buildings.

I never really have spoken Japanese to anyone because I am not in a class and there are no Japanese people living in my area. So I am very unconfident about spoken Japanese. And even in written, I make tons of mistakes. I bet there is a mistake or something unnatural in every sentence I write. Recently I bumped up my novel reading time back to 60 minutes a day, which might help a little bit.

Lets see. I havent really looked that much into other cities besides Tokyo. I heard lots of good things about Hiroshima and Osaka - but its too early for me to decide. What I would love to visit (its prefectures and not cities though) are Gifu and Hokkaido. Those are the two that come to mind right now. But I bet there are great places everywhere you travel in all of Japan. Its so interesting that I chose the least populated prefecture with Hokkaido right after mentioning the most populated area on this planet with Tokyo.

Oh I also love the architecture you see on shrines, temples, pagodas and everything. It has such a special feel to it somehow. So idyllic! I would love to travel to a few of them and collect their stamps if thats still a thing... Or the pokestops if thats more "in" now.

Some of the things I want to visit include Shibuya Crossing, Shinjuku Goldengai and Metropolitan Government Building, Sensou-ji and Skytree in Asakusa, Nakano Broadway, Diver City with the Gundam in Odaiba. And so much more!! I also just aimlessly want to walk around some residential areas or backstreets because those also have a special kind of charm to me!

On the first trip (I hope I can go several times^^) I plan to stay in the Tokyo area with a day trip to Kamakura. I think its easy to fill 8 days with just Tokyo alone. But the places you mentioned are also very interesting!

Brati Jan 30, 3:46 AM
Yeah right! When reading manga, I dont look up any words. But when reading novel on kindle, I tend to look up every word I dont know by tapping on it.

Oooh temporarily, I see! Thats a cool idea as well! I havent heard of the holiday visa, but I also didnt really look into it^^. I heard about the JET program from Abroad in Japans Youtube channel. I guess its a good starting point for people who aim to stay for a longer period. English is not my native language though, so I dont know if thats a reason for disqualification alreaday haha. I dont think that I would enjoy working in Japan. I love everything about Japan - the people, the culture, the scenery, the entertainment - but I dislike the work ethics. Staying at work from 9 - 21 and then go to a 飲み会 you dont really want to participate in... It just sounds so burdensome.

Sadly I never have been to Japan. I want to go since 2016, but I dont have any friends who are interested in going to such an expensive / out of the ordinary country, especially because non of them are interested in anime or manga either. Then I got someone and we booked a trip!!! To Tokyo, 8 nights! In March 2021.............. But thats cancelled / postponed until 2022 because of Corona.

There are so many things I want to visit in Tokyo alone! My travel plan has like 50 pages! I planned it out already, its mostly graphics though with maps and images and just little text in between haha. What were some highlight you have seen on the trip?

Brati Jan 28, 4:33 AM
Sadly I didnt really look into JLPT myself. I once took a practice test from the official website for N5. I think if you continue to immerse in the language, you get used to it naturally. So studying for an exam is not necessary in that regard. But then again there are some very "special" quirky grammar things that might never come up in real life conversation but are required for N1 or something. I dont really know. Sorry I cant be a help with this^^.

I love to read manga in Japanese physically - actually I never have read Japanese manga online! The furigana is just too blurry in those scans most of the time haha. Those are the ones I dont look up the words by now. I used to do that, but it slows me down so much, and based on the images I can get the plot without looking up missing words in general. There might be exceptions of course. But I read Japanese websites like nhk news online. Also I read novels digitally on kindle, which has a nice popup-dictionary.

This is my physical Japanese manga "collection". Sorry for the terrible quality, this image was taken with a potato obviously. Its not super much by now, but the rate it grew last year alone was quick. I just started with Hikaru no Go, which is the last one I havent read now. So in around 20 volumes I might order some more. Living in Japan sounds so great! When do you think you want to go? I heard its super hard to get a permanent visa if you dont have family over there. Also what kind of job do you want to do? Is it easy for foreigners to find a job? I heard Japan has a foreigner ratio of less than 1%. Also: What area do you want to live in?

Japan is so beautiful (for example Gifu-ken, my favorite - scenery-wise), but its hard to find a place to live in thats not horrible nature wise. There are earthquakes, Tsunamis, Taifuns, North Korea rockets and all those bad things happening.

Brati Jan 27, 8:55 AM
What do you mean "it doesnt show"? You mean the time tracking on MAL? Thats working fine for manga chapters for me. I am not sure if it works when just updating the volume count though. For example I use the tag "raw" for every entry I have read in Japanese, so I can easily filter for that tag and only those entries are shown: https://myanimelist.net/mangalist/Brati?status=7&tag=Raw

Oh I dont have a teacher. I was looking for a teacher, but apparently no one in my area is interested in learning Japanese, so I do it by myself. I learned basic grammar with the JFZ video series (Japanese from Zero). But since my Japanese Learning Revival in April last year I completely switched over to Tae Kims grammar guide which I finished soon after. Then I did RTK 1 which teacher the first 2200 Kanji. I finished the book, but just the recognition part and not the writing part. But my retention rate for the Kanji deck is terrible xD I hope thats because the Kanji on the cards are seperate alone and out of context. In a Kanji compound word or in a sentence, it is way easier to tell them apart. Is what I feel^^.

Then I started sentence mining from manga and novel and netflix. And yeah, thats basically my routine so far. Finished Tae Kims grammar guide, finished 2200 RTK Kanji, add mined sentences and rep them with Anki to build vocabulary. When reading media that I cant easily look up, I dont bother and just read over the things I dont understand. So that means manga. But with websites or novel, I can easily hover over the word and in a second a dictionary pops up that shows the meaning and reading.

I heard of Wanikani, its also prominently features on Jisho with every common word :p But I never really looked into what it actually is. I think now it wouldnt benefit me that much, because theoretically I should "know" 2200 Kanji by now. (Theoretically..., actually it might be 1500 or so xD and just the recognition)

Lets see for recommendations.. Very easy to understand is Kino no Tabi for light novels. But I found it to be a bit boring plotwise ~~ For manga I have mostly read bad ones that didnt get an english translation, so none of them are worthy of a recommendation. Very easy to understand was Kekkon shitemo Koishiteru. The ones I enjoyed most were probably Kashikoi Ken Rilienthal, Ano Natsu: 1959, 5-toubun no Hanayome, Shigatsu wa Kimi no Uso.

Please try to stay away as far as possible from Tamuramaro-san. It was recommended to me by a Japanese speaker, but its a terrible learning experience because they talk like 80% in ancient Japanese that nobody uses today. Of course I didnt understand anything at all xD

Brati Jan 26, 10:13 AM
Thanks for your reply! I think I have to clarify... With "I feel comfortable understanding" I meant that I am able to "get" the plot but not understand all of the sentences entirely. Also with big help of Kindle Pop-up dictionary :p I am まだ日本語下手くそ

I will check out the ones you mentioned after my current one! Ah I also enjoy reading manga. But for a learning experience, I think novels are more suited. For mange, the visuals give a lot away while in a novel all has to described using the language. Also its easier to turn stences from novel into Anki flashcards. For manga, I would have to type everything in (which I did for Bakuman for example...) while I can just copy and paste from Kindle to Anki.

I think its still beneficial for learning if you understand only a little, so I guess its fair to give even scifi or fantasy a shot. Actually I think being afraid of ambiguity holds back many language learners - I hope I am not like that. But if my comprehension feels like 5% its just not that fun :< Maybe I will try Konosuba!

The manga on your completed list are the ones you have read in Japanese? Or do you keep them seperate?

Brati Jan 26, 8:05 AM
Hey there! Your profile says that you are reading light novels in Japanese. Do you maybe have any recommendations? Though my level is not really that high, I would like to sentence mine some novels. Which ones have you read and can recommend? もしよかったら、おすすめお願いします

For reference these are the ones I feel comfortable understanding. I am looking for something on a comparable level:
- Kimi no Na wa
- Toradora
- Nisekoi Urabana
- Kino no Tabi

Also what do you think about fantasy/scifi light novels? I heard its way harder for a beginner, because the vocabulary is pretty far off from normal conversational Japanese? Thats why I dont even dare to take a look into those :/

NotKyoyo Sep 13, 2020 10:50 AM
Nothing really favourite tbh or maybe I like everything Lol. Ahh yeah I didn't watched that if you're recommending then Imma adding in list owo.