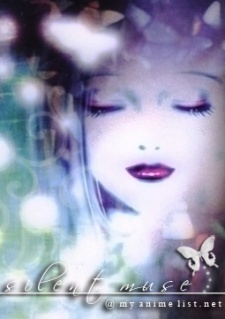 Sorry for the late reply. I'll get back to your long message as soon as possible. I've been dealing with "life" again...sigh. anyways, have good day. and remember to eat all the candy you want to your heart's content.

PS:In the spirit of Halloween. Here's a frightening song

because that would be like the holiest thing ever! i think?

KingDeadKira Sep 22, 2010 11:45 PM
Getting a reply from you makes me jump up and down in excitement :D
I been "Normal" (Totally stole that from July xD) haven't really done anything remarkable this past year but it wasn't that bad. and YES MA'AM, I stayed out of trouble, praise me :3
Oooohh, that's great news, but it's probably bad news for your wallet! :P and I'm glad you will stick around. it gets lonely without you :{

2011 will bring 2012 closer, which is apparently the END OF THE WORLD, MUHAHAHAHA! Wait, why am I evilly laughing? o.O

Well after watching DTB - Gaiden, I fully understand why Hei acted the way he did. I won't spoil anything but it all revolves around a certain character named Yin! You have to watch it, It's only four episodes. Gaiden answers quite a few questions about Ryuusei no Gemini, which I thought were quite satisfying. It might not be perfect, but Gaiden, In my opinion, should've been the second season.

I KNOW! (My cap broken too!) I thought Elen was going to die for sure. I never expected Reiji. Once I heard the shot I was basically thinking "Holy crap!" And I agree. that was thought provoking. hell, it even got people making up crap like "poisonous flower" that killed Elen. I mean come on, why would Inferno go through the trouble of poisoning Elen with a flower that she may or may not eat? and they also think Elen shot Reiji! that's just absurd. Why would Elen kill Reiji after they both decided that they would live? I say they were both shot. I remember that after they showed Ein's lifeless looking body. then they showed a bullet lying on the grass. I think that makes it pretty obvious that she was shot.

Thanks. I added in rain to make it look gloomy, I don't why I did that but it seems to be getting some attention, which is never a bad thing :D

No hurry, take your time. it's always nice to hear from you. might sound cliched but it's the TRUTH!

*Salutes then returns back to the shadows*

lmao. i would pay to see that! i wonder who would win?

KingDeadKira Jul 19, 2010 1:07 AM
Why yes, how could forget the lovely SilentMuse , even though it's been a few months or even a whole year XD But I won't ask for details, everybody have their personal matters but if you want to share, I'm all ears or eyes since i'm looking at a monitor LOL

My year was so so, wasn't really that exciting but it wasn't bad either. and yes, it was promising for the most parts anyway, but it was a complete trainwreck for the others! It was completely different from the first season. They even replaced Hei with a 13 year old girl, who apparently is the main character. I didn't like how they kept everything in the dark with this season, even though DTB's specialty is that but it was still too mysterious for it's own good. Anyhoo, since you're still watching, I'll continue my rant after you finish, which will be probably in other few months or so lol

Ah yes, I seen Phantom. And I thought it was great, worth a 8/10. But the ending really takes a bite out of that doesn't it?

yep yep, i know *wahh* im cursed to be grounded for ever -.-

so i guess you are a human weakling? and your clone is robot killer? hmm..makes sense :D
i bet you can be devious at times. lol

*gasp* your a robot killer? ahhh!

my new year has been somewhat boring..haven't really done anything
except get myself into trouble.
ahahhaha...maybe my clone in planet X is a nun? lol.
do you think that your the good clone or the bad one?

You flatter me too much I only spoke honest words ^^

This year has been great to me and I hope to keep it that way
And how has the year treated you?

hmmm there was three animes I really enjoyed and have finished recently, those would be "Durarara!!" "Working" and "Angel Beats"
Angel Beats and Working are both light hearted animes that I think you may enjoy
I fell in love with Durarara but I'm not sure how you would feel about it

Thank you again for leaving a comment, hope to hear from you soon!!!

You are very welcome, hearing you say that brings a smile to my face.
I always find comfort in making people happy ^^

So far 2010 has started out great, how has the year treated you?
I hope you are not so overworked.

Thats good to hear the ending would have been horrible if they did not make a sequel, could you tell me when it will start airing?
Really? I don't plan to read the manga. The mangas always tend to be better than their anime counterparts. Higurashi was satisfying in my opinion, the "twists" in Umineko left me feeling empty and disappointed

I promise I won't spoil a thing ^^

You deserved it! I can't see how people would not be impressed with your stories and pictures. Yes of course but I was talking about taking pictures of nature and stuff, my passion for it is more of a hobby than of a future career choice ^_^

I wanted to tell you I like your Nana picture, she was one of my favorite characters because she represented a strong women

I take your words to heart and I wish from the bottom of my heart the same for you!
Let the next day come bring peace and joy!

P.S. Check your club invites, I invated you to my club ^-^

DTB 2 was awesome, i just hope they make another series there are still so many questions to be answered....

Actually Naruto has really gotten good these past few weeks, i have been really anticipating each new episode and they have yet to dissapoint in like 3 months.

for christmas i got a cell phone,10$ and 2 panties lol
what did u get?

yea! i heard about planet x theory to!! that would be a nice discovery if it was true..
i wonder how my clone would act? what if there the alter ego of our selves??
i havent seen the fourth kind either..its suppose to be a documentary in aliens..
but i dont think i wanna watch it lol

hahaa! that is soo true! i guess the human mind can be contorted in any which way they please..it dosent take much to convince people. lol

i just think its amazing that your average human can build these huge monuments..
its almost mind boggling to believe that we can construct such a thing.
its a gateway for theories on aliens and gods to become all the more real.

well just because u graduate dosen't mean that you are becoming independent. you must keep in mind of all the 30 yr. old men still living there mothers lol
but most people these days do want to become independent or at least go to college.

may the new year bless you aswell.