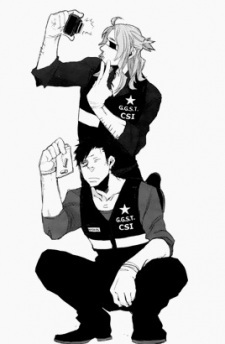 Geshtinanna Dec 7, 2020 4:47 PM
Yeah, I've gotten into nocturnal habits. I think it goes with the anime watching territory. Did you know that the majority of the Japanese anime watching audience tune in between midnight and 2 am? (Source = mipon.org)

Imagine, the Atlantic ocean is equivalent to 5 hours in time difference. The wonders of the world never cease to amaze me :)

I think I might give the new AOT episode a go lol.

Hope you have a great day :)

Prince_Utena Feb 9, 2020 7:42 PM
Oh, I see you've got good taste! Shoujo Kakumei Utena is a masterpiece. All its fans deserve my respect even if I don't know them. We seem to be fans of Gangsta, too! That's a great manga 💖

Geshtinanna Feb 9, 2020 5:40 PM
I think the kids outside will have some adventures for a bit before returning. I think Phil will become the leader of those left behind, but what will happen to Isabella is anyone's guess. I loved the OST for the first one so I hope the same composer returns for the sequel. Norman's theme is a particular fave - sad piano = victim :(

Saying that, we haven't seen anything certain or definitive regarding Norman. I don't read the manga, so at this point in the anime anything is possible. Haha, Champloo is more of a guys show - as there's only Fu as a highlighted female character, and even then, her talents are confined to a food eating contest. What's that saying for gender equality - *Burp :D

Geshtinanna Feb 7, 2020 11:21 PM
For me I think it was Bleach that made me into an Otaku - some 8 years ago now LOL. Neverland kinda had a confined setting - just at the orphanage and and the surrounding grounds but I really like the core three characters and the suspense and mystery behind it. I can't wait to see how the
escaped kids
get on in the outside world!

Excuwuses Feb 7, 2020 11:15 PM
hehe, my anime preferences and tastes are all over the place; I can watch anything if I'm in the right mood.

the Blue Exorcist ending was disappointing to me, the score would have been much higher had it differed.

Feel free to chat to me about anime anytime!