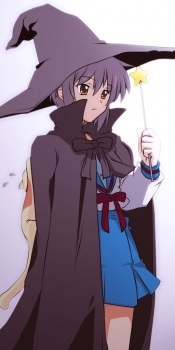 haydenluvsanime Feb 7, 9:22 AM
Apologies for not replying to your previous comment. I was hard at work making this and I think it turned out pretty well. Hope you enjoy!

_Shahab_ Jan 24, 1:27 AM
I too wanna own few mangas but that's currently not possible, even Amazon does not have much to offer so sadly can't own any manga but would really like to have a collection of manga in future.
BTW just finished episode 54 of HXH and I'm really getting hooked. Currently progressing a bit slow cause I have been traveling for few days but still it has been a great entertainment for my journey.

_Shahab_ Jan 22, 10:19 PM
I too wanna read some manga from time to time but manga are very hard to find in my city and don't wanna read it from pirated sites.
BTW just finished episode 47 of HXH and is really getting good looking forward to rest of the show.

_Shahab_ Jan 22, 5:58 AM
Wow! 2014! for more than six years of regularly watching anime and still continuing.... you're such a veteran when it comes to anime, maybe I should call you senpai. I only started watching anime a year ago just few months before pandemic, had a lot of time during lockdown so I binged a lot of anime but slowly is getting difficult to binge shows so currently progressing very slow. Still have a lot of shows that I planned to watch and many more new shows to watch too..

_Shahab_ Jan 20, 10:33 PM
Sad to hear that kurapika doesn't get much screen time after this, still looking forward to the series.

_Shahab_ Jan 20, 7:18 PM
From the 40 episode that I watched I like kurapika more, he is the most developed character so far. Another reason for me liking him is because of his VA, the same VA for Inaba from kokoro connect. I really like that voice.
Can't wait to see what's coming in the later episodes.

_Shahab_ Jan 20, 4:19 AM
If you like your harem and comedy shows, I think you will enjoy this too cause it has a bit of harem and also comedy. The comedy is quite good too . I kind of dig such kind of shows so I really enjoyed it.
AND for HXH the first 30 episode were ok it's getting interesting from HISOKA VS GON fight so looking forward to rest of the series.

haydenluvsanime Jan 17, 6:31 PM
I tried writing it in a way so that you don't need to know anything about it to watch it. At the rate I'm going I think it'll be done within a week or two of next month. Probably gonna keep giving out update progress in my Discord server, in case you wanna join that and keep in touch with me. Yes, I do know Kenny. Been subbed to him ever since he was a smaller channel. While I think he can make some good videos, my biggest problem has always been his format. His commentary isn't very insightful a lot of the time, but I do admire his research and some of the stuff he manages to pull up, even if it's usually stuff I already knew.
I definitely have my qualms with the state of the industry right now. Most of that comes from my preconceived sensibilities though. I'm not exactly one to quickly adapt and accept change around me. That's not to say that I don't try to get into new stuff, it usually just ends up upsetting me with the obnoxious discourse and everything being so different from what I originally liked about anime when I got into it in the mid 2000s. Even not-so-good anime of the past, I generally have more fun watching than some anime I think are decent or good now. Though of course I would be lying if I said there weren't anything good about modern anime. Ongaku last year was incredible, Precure and some of the long-running idol shows like Aikatsu are still fantastic, and I couldn't live without High Score Girl and Chuunibyou.

I'd say stuff like Mushishi and Aria have already lamented iyashikei as a quality genre in the public consciousness. But similarly to slice of life, it's easy to dismiss as a "boring" genre which can make it a hard sell for some, even though the core appeal is very obvious and pretty universal. Though I wouldn't get too worked up over it because the less meaningless and unflattering discussion around great shows, the better. Crest of the Stars had incredible storyboarding from what I remember. Made me feel crazy reading some of the reviews saying the visuals were bad, since I think there's so much more to the art of a show than just the quality of each drawing. Then again I rarely agree with others in the first place, so eh. Show is great and that's all that matters.

Doesn't happen all that often, but you definitely will find exceptions after enough time. If I just tried out the first episode of everything, I could easily complete my goal of watching every anime probably within a few years. With the rate I've been going at for the past three years or so, my average is a little over 1,000 completed anime a year. So that's also another measure to prolong my quest for a bit longer. Completing everything before the 2010s at least sounds very feasible for me to do. It is pretty satisfying, yeah. I feel like I can amass myself a decent following if I keep making videos. That was one of my main motives to even make videos in the first place.

I always make sure to set aside a lot of anime I have a strong feeling I'll love to motivate myself through some the not-so-good stuff. It usually makes me love and appreciate them a lot more as well. Sometimes I'll have my doubts about the industry and where it's going, but I don't think I'll ever fall out of love with anime as a whole. Maybe I'll have periods where it's not my main priority though. I've had that with games for a long time now and I really want to change that. I think about random shows all the time and just sort of start them on a whim immediately after finishing something. The randomizer is also a decent method since anything that makes you waste less time not watching anime is a good thing. However, often I'll get something I'm just not in the mood for and I don't wanna waste my first impressions on something potentially great by doing that.

haydenluvsanime Jan 17, 12:21 AM
Glad you enjoyed it! I'm working on a video about Yu-Gi-Oh right now. Got dozens of ideas beyond that as well, many of which I think are going to be more similar to that magazine video where I'll be covering miscellaneous anime-related things. I have no interest in talking about current things, so hopefully I might be able to awaken some more memories!

Always happy to see others appreciating Kobato in particular. I feel like she doesn't get enough attention compared to some other entries in the Clamp-verse. I also noticed you have Lafiel on your favorites; I really love her too. Need to get around to finishing the rest of that series. I've actually heard quite a few of those international dubs, since my parents love travelling Europe - I got to see many as a kid. They were pretty hit or miss, but I remember a few of the Spanish dubs I saw being quite decent. Italy and France especially also had some good dubs.

I actually have a similar mindset with anime as I do with video games. I've always seen dropping video games as a waste of time since the experience itself isn't always all that important to me. Being a human database of sorts has always seemed cooler to me, so the catharsis often comes from reaching a high volume of completed anime and being proud of myself for that. After a while of not dropping anything, completing stuff is just natural to me, even if I'm not particularly enjoying the show. I think going in with that mindset can also drastically change your views on the medium as a whole. There have been plenty of series I think got better as they went on, and that feeling of surprise can sometimes make me think more highly of them, which is always a great feeling.

Edit: It's also great for recommending shows to friends. I can tell them if I thought they got better over time or went downhill. And of course trying to watch literally everything will lead you to find hidden gems which nobody else would've uncovered otherwise.