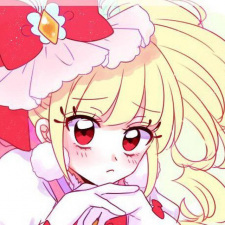 AnimeFanTalk Aug 10, 2020 9:39 PM
Holy!!! You have a lot of completed manga. Would you mind dropping me some recommendations XD

SunlitSonata Mar 28, 2020 10:06 PM
I re-edited a couple portions of the review to be less harsh to the game specifically for all the anime did, even if gatcha games have certain artistic merit problems by their inherent design. I believe you in thinking the game is better but it's the exact opposite of something like the Ace Attorney anime which has a tight source narrative from a medium designed for storytelling translated into an anime format with terrible directing and a lack of player connection to the main character.

I still think I was getting at a valid point, since even if the mobile game is stronger and more in depth, no doubt the Magia Record TV series' handling of elements designed for the mobile game medium (specifically as a gatcha game) held it back from the chance to be better than an original series like the first one was, if the storytelling flaws didn't do so already.

Denji Feb 6, 2020 11:33 PM
I cannot help you because new manga mods such as myself are currently tasked strictly with approvals and denials. The character database has an even bigger backlog than the manga database with even less staff, so it is going to have to wait.

valoon Jan 31, 2020 3:30 AM
Hehe no problem~ I didnt find the other things thats why I havent accepted them, queue is just too long to search for something...
Since you submitted it now recently I was able to find it and do it~