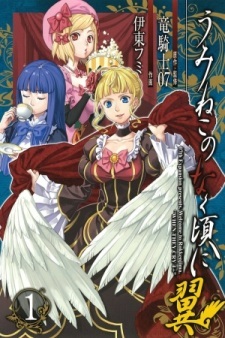 Also I did some reseach on the Magna Carta game, and it does look really similar to Stella Glow tbh. Interesting.

Skittles Apr 26, 2018 2:16 AM
Ohhh nice! So I'm curious, do you still have a PS2 with you? People usually play with emulators these days, so it's awesome to hear from someone sticking to traditional classic consoles.

It's actually in the PSN store... but in JPN. Unless you have a JPN PSN account, you'll have to download it online.

Oooo awesome favorites, nice to see Stella Glow in there :) Ahhh, Final Fantasy IV was really good. Although not my top pick for the franchise, I still consider it a great game. Cecil is one the baddest FF protagonist to date, and Kaine is also a superb rival.

Skittles Apr 25, 2018 2:16 AM
I've only tried the Mana Khemia game on PSP, which was rather decent. One of my friends in MAL is a huge fan of the series though, and he keeps claiming it's a better version of Atelier. Which Mana Khemia titles did you obtain and for what console? I'm curious since I want to try out the series someday.

The original FFXIII is utterly terrible, so I don't blame you for dropping it fast. In my case, it actually took me a whole year before I can stomach myself to finish it lol. The sequels are definitely an improvement, but you shouldn't force yourself through the terrible first game if you can't since it's honestly not worth the effort.

The second game is on the PSN store, but you'll have to download the third game somewhere online since it's JPN only can't refer you to specific sites since it's against MAL rules sorry :'( Btw forget what I said about them being on the regular PSP only since I forgot that Vita has backwards compatibility xD I would save Revolution for last since it's easily the worst Valkyria game by a long shot. The gameplay got changed to a flimsy hack-and-slash, the visuals look much weirder, and the narrative is utterly bonkers. I did still finish it, but I wouldn't call it a good game by any stretch.

I haven't played any of the Rune Factory games or Lord of Magna, but the latter looks really fun! The visuals also seem like the cutesy type which suits my taste lol. Honestly, I'm adding this to my backlog, so thanks for the indirect suggestion xD My number one rule regarding indie JPN games is to never trust their reviews since they're almost never accurate. Most "professional" reviewers rip on games that don't seem like the next Witcher 3 or God of War lmao.

If you check the spoilers under my profile layout, you'll find several mosaics on my favorite media. The mosaic for games include my all-time favorite titles although it's more like "top 12 games" lol. Alternatively, you can check the favorites list in my MVGL account as they include all the games I've scored a 10/10.

Skittles Apr 23, 2018 1:49 PM
Actually the 4th Nep game is also on Steam, but I've heard it's filled to the brim with performance issues. Btw, this entry is called Megadimension Neptunia VII. It has a likable new heroine, enchanced graphics, and a solid narrative. The difficulty is also a step above the sequels, so be prepared!

The Arland trilogy is the most difficult of the three, but damn it has some of the most likable characters I've encountered from any JRPG. The alchemy system is complex but intricate, the visuals are flowery and beautiful, and the exploration is quite fun. The best protagonists of the Atelier franchise can be found here.

The Dusk trilogy isn't as solid as Arland, but I love it for different reasons nevertheless. The alchemy system got reworked into something a bit too complex although you can easily make OP items once you master it. The visual novel-style scenes have been replaced with full 3D, which I found jarring at first. What's most different about Dusk however is that it's probably the only 'dark' trilogy in the franchise (though I mean dark by Atelier standards, so it's still cutesy overall).

As the newest addition to the franchise, the Mysterious trilogy is a bit of a mixed bag. On one hand, the graphics got a massive overhaul, the field system including travelling and gathering has changed, and the combat has been greatly refined. On the other hand, the difficulty is extremely casual, the characters are arguably the least memorable in the series, and the open world sometimes feels empty. Definitely still enjoyable, but easily the weakest of the three trilogies.

Glad you enjoyed Stella Glow! Ah nice, got Lumimous Arc did you? As I said, don't expect anything as good as Stella Glow even though it's still a good game by itself. The sequel is better btw with a superior cast.

Oh nice, that's a hefty amount! When you get the chance, definitely try IX, X, and XII since those are some of the best entries. Btw what'd you think about XIII? It's a controversial game for sure, but the two sequels are fairly enjoyable honestly.

Definitely try Valkyria Chronicles someday since it's easily one of the most enjoyable Strategy RPGs I've ever played. I'd say everything about the game is great! The sequels are actually on the regular PSP only, and the third game never got localized (although a complete ENG patch is available). Although the second game is the black sheep of the trilogy because of its school setting, the third game more than makes up for it with its superb criminal-soldier tale.

The Neptunia franchise is awesome if you're looking for some lighthearted, turn-based fun. The gameplay is somewhat basic although it gets more complex if you're trying to score the achievements as you'll need to tinker with the Discs, Plans, and HDD Drives. The first game has a solid story whereas the sequel has a less exciting plot but improved gameplay. The third game is somewhere in the middle and the fourth game is easily the best entry in the series. I recommend you also try Fairy Fencer F: Advent Force if you like Neptunia as they're from the same developers.

I'm a HUGE Atelier fan and I've played the entirety of three trilogies (Arland, Dusk, Mysterious) but I haven't got the chance to try out the Iris saga yet. I've heard great things about it, so tell me your thoughts so far :)

Stella Glow is not only my most favorite 3DS title but one of my all-time beloved games in general. I love the fluid gameplay, beautiful visuals, gorgeous soundtrack, and fantastic story. Most games I've played wane during their second half but Stella Glow is the complete opposite. After the groundbreaking plot twist, the game ramps up to full-on awesomeness. The true definition of a hidden gem—and I'm glad you've chosen to play it! The spiritual sequels on the original DS, Luminous Arc 1 and 2, are also worth trying although they pale in comparison.

I've played nearly every FF title to date but I don't have clear memories of the third game since I tackled it when I was little xD I do remember that the game uses a class system if I'm not mistaken. What console are you playing it on? Also, what other FF games have you played?

Right now, I'm trying to get the Platinum trophies for the Uncharted franchise. I've already bagged them for the first three games and around halfway through the final entry. Just killing time while waiting for the upcoming big JRPGs like Valkyria Chronicles 4, Code Vein, and Dark Souls Remastered to get localized :)

I wish you the best of luck on your goal!

So, what games have you been playing lately? :) 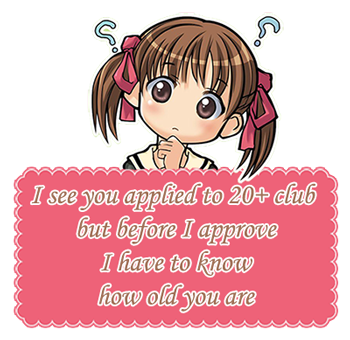