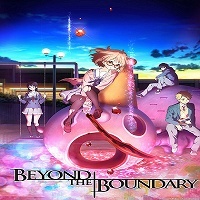 djmintlaw Sep 14, 2010 4:56 AM
Hey. Soz been rather busy since the move/have more limited internet access.

My recent stuff - Asobi is shit, Shukufuku is generic and poor. Amagami is a different approach to a harem game adaptation. Bit fetishy at times. :S
Legend of the legendary heroes is quite different at times comedy adventure not unlike the slayers series and at times epic levels of political intrigue depending on which main character it is that week. Certainly one you'll have to watch all the way in order to get the most out of it.
Giant killing -2nd sports anime to have me quite hooked. Football even!
Digimon, meh, not evoking much childhood memories.
Mitsudomoe and Seikotei Yakuindomo -both dirty minded in their focus. Mitsu is better of two but less explicitly dodgy. M focuses on 12 year old triplets and various misadventures occasionally containing pervy jokes. SY is mostly purely explicitly dodgy, it has improved since the first episode. Not a fan servicey show just vulgar in it's language.
Nurarihyon no Mago -unexpectedly interesting. Demon boy tries to live normal life yet is the heir to the demon king etc etc. Lighthearted for most part.
Occult school - most interesting plot of all my shows. A few episodes in middle have floundered a bit but still good.
Shiki - suspenseful slow boiling thriller type show with absurdly stupid hair.

You heard about this? My brother and I are coming down for it.
http://www.geeknative.com/15585/scotland-loves-anime/

Alright for the most part. Slowly getting things done, tho not the job stuff.
Got a shedload of new animes on the go atm.

I could I suppose, reviews are generally my thing but I'll give it a go.

djmintlaw Jun 6, 2010 5:58 AM
See I'm replying now.
Did you delete two previous messages? I can't see them anymore.
Are you including anime into your dissertation?!?

Seen much to interest you this upcoming season? I'm pleased I can finally indulge myself and pick up more than one or two.

I expect to see you soon-ish (going home this week) now that I have free time and plans :)

djmintlaw Jan 18, 2010 3:47 PM
I rated Umineko so low for a few reasons, I didn't like the characters, the plot was poor and thought itself far too clever imo but most of all because there were several episodes, particularly the late teens and early twenties, that frankly bored me. I sat there thinking I just wanted this shit to end and get back to the island. The 'game' between Battler and Beatrice, Maria being left by her whore mother and the latecoming little sister didn't interest me at all. The possible 'blue truths' that could explain away witchcraft in the last episode were unconvincing and simplistic. And then to cap it all the ending was shite. If there is a second season coming then ok but as far as I know there isn't.
My holidays had their good parts and bad parts, generally was quite quiet.
You going to be coming out a bit this semester at all? Not seen you in ages!

You're sick? Oh no, I hope it's nothing too serious! Taking a break from school isn't so bad. That's when I watched most of the anime on my list XD I had a lot of fun during my break so when I had to go back to school, I got depressed, stressed and angry again XD Thank goodness I'm graduating! I hope it'll be same for you!

Nice, is Mushimushi good? It looked sorta boring to me. :/

yaoiisgood Dec 23, 2009 6:01 PM
Wow! Where have you been and what have you been up to???
Well, to fill you in, this last summer I went to Japan and had a blast! <3 You can read about it in my blog if you want to. Other then that I've been going through my senior year... which has been quite the bitch so far. -_-;
What about you?

Aww... I'm sorry to hear that you didn't get to experience your Japanese festival... and yes, the Japanese Festival has been long over now. It was on April 18th. Actually, I just got back from prom last weekend which was pretty cool. I went with the Japanese foreign exchange student who asked me to go with him like... 3 days before the actual prom date... ^_^' But it was pretty cool. I might post pictures of it in later dayz. <3

And yeah! You should definitely post pictures of yourself... it lets ppl on here see a less cyber and more real view of you, ya know? I like having ppl know what I look like instead of wondering... :)

yaoiisgood Apr 20, 2009 8:34 AM
Oh yeah? Did you just start learning Japanese recently then? And yeah, I've always had a fascination with the Japanese language and culture since I was very young too! In my 5th grade talent show I sang a Japanese song (Fushigi Yugi beginning song) wearing a Kimono in front of my entire school. <3
Our Japanese festivals are VERY fun! We have different sections that people visit such as the Tea Ceremony, Origami, Calligraphy, Catching Goldfish, Playing Go and Shogi, a Kimono Display, and I covered the Manga section where people draw manga based off of this years theme which was Peace and ppl from my Japanese class who were getting rid of manga sold their manga for half off the original price. :) Then we have a concert where we listen to traditional Japanese music and instruments such as the Taiko drums and the Okoto... and then our whole class got up and sang 3 different Japanese songs: Ue o Muite Arukoo, Sekai ni Hitotsu Dake no Hana, and Cherry. <3 It was a load of fun!

yaoiisgood Apr 15, 2009 7:08 PM
Yeah, I really need to catch up on my anime too so don't feel bad... although I can scratch Skip Beat off of my list now that I've finished it. All the other anime's I'm currently watching are already done airing and I haven't had any time to update them because my school is having a Japanese festival and that is what I've been spending most of my time preparing for. -_-' Ugh, it's a pain.