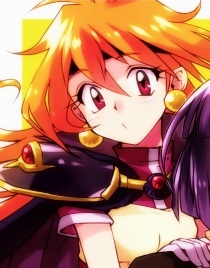 Greetings, our fellow club member. I’m sorry that this came so late. However most of the staff members (including me) have been busy. But I have come here to inform you that you are (since the 1st of december) able to claim your favorite tsundere of choice.

To start Claming go here.
The waifu Claming is always opened and claims can be done here.

However; as of right now our current card maker has disappeared, so claim cards might come a little late, I ask you to please be patient as you have been until now. And if you wish to contribute and maybe even want to become the next card maker, please send a sample to Chloe_Tsundere and ask her for more details.

Difficult and troubling as times may seem now; remember that tsunderes sometimes bring about even more of that feeling; however in the end there is always something sweet to anticipate, after dark times there will always be a light. After ‘Tsun’ there will be ‘dere’.

As always, we thank you and hope to see you in our club.

Greetings, our fellow member. The new claiming round at "Claim a tsundere" club has just started. You can claim here.
You can also claim your tsundere waifu here.
Hope to see you in our club ^-^

Nice seeing Chitoge showing so much feelings to Raku! I´m sure of it :`D development for two chaps in a row? Impossible!!? It´s so sad, even a funny chap like this (http://mangafox.me/manga/nisekoi/vTBD/c105/1.html) had overall NO development in any (storyprogressing) kind of way xP

Oh, I forgot! There´s this totally awesome hero manga you should take a look at :D
http://myanimelist.net/manga.php?id=44347

Np :D answer when you have time!

Could you do me a favor? Do you think there is anyway you could edit this one to include the underscore in my username? I hate to be nitpicky, but there is someone else on MAL who has the same username as me, but without the underscore. Thanks! ^_^

Rorschach11 Jan 14, 2014 11:27 AM
That´s something I don´t like as well. I´m the same^^´ A bit lazy and all, but when I want/have to do something I always give (try to give) my all to do it as good as possible. But like you said it´s not about how good you do your job anymore, it´s all about how fast. And most of the time you don´t even get to hear a "Good job!" or something like that for giving it your all, while others don´t do a shit in comparison!

lol xD Ayaka doesn´t look like a man in my opinion xP maybe it´s because she´s so tall. But that´s one of the main concepts of this manga, the girl being strong and protecting the guy and not the other way around. look at this and tell me you still think she looks "manly": http://mangafox.me/manga/witchcraft_works/v02/c006/14.html

Thanks for this awesome amv *_* also you´re right again with the art style, especially Luffys old still looked more awesome than his current (chibilike) version. But like I said the content still beats the crap out of all these other long running series (except for Gintama which is always awesome no matter what :D) I don´t get this policy as well, they probably fear you could download the video and won´t buy the music, or playing music from youtube only when for example celebrating a party and stuff like that :P
Same here, I found many great artist through watching amv´s^^

Maybe "hate" is a bit extreme here... But I lost nearly all interest in this series. There was a time I really liked it, but the plot just kept getting more unnecessarily confusing and all. This one antagonist was revived like what? three times? it´s just so annoying and they keep reviving chars! Doing it once, ok fine. But it became just like DBZ in that point xP Also I REALLY hate Sasuke!! He´s so annoying and whiny that I get angry every time I see him! These things just kept pissing me off so that I don´t really care anymore since other series do a way better job in the same time like: OP, HxH, D.Grayman, ... not Bleach (as far as I heared at least) :P Maybe it will at least have a satisfying conclusion.

I still got to read the first Breaker xP So much stuff to still read... TWGOK is now nearing the climax of the future arc (with a lot of secrets reveled and all goddess hosts together for the first time!).

Maybe because except Batman they weren´t THAT successful? Green Lantern for example was quite the failure I heared and the Superman movie before the man of steel (superman returns) was just wrong in so many ways and boring as hell. Another reason could be that Marvel produces/supervises the movies of their comics themselfs? (heared somewhere they would do that)

I heared there should be a JL movie sooner or later, but like you said they totally lack what made the Avengers this enjoyable. Sammuel L Jackson really was the key to the movie! Through his (sometimes) short appearances in the other movies S.H.I.E.L.D. became what connected ALL avengers in a way and enabled the creation of a conclusive universe for the movie to be born into. Whatever DC will do, it will probably feel like a avengers ripoff xP

WTF?! O_O Such an ending for a romcom harem manga?! That´s just shit I think! I mean... all girls you build up to like just were left to die in the end? man... I doubt I´ll watch the anime now if the manga ends it this crappy :/ (I wanted to watch it because of Nymph, but when she´s going to die... no reason to watch or read thiis anymore)
On the other hand, did you hear about the new plan for ending Attack on Titan? (I know you don´t like this series much, but that were big news a while ago)

Yeah :D I remember that, and it´s also the reason I bought the game in the end^^ I like it really much til now, but I never hated my own MC so much like in this game <_< Luke was so annoying in the beginning and often mean to Tear and the others. Gladly he strated to change for the better now (where I´m in the game right now). Tear is just so cute and has a great VA like nearly all other chars. Like I said myself when the game asked me: She´s just my type :D I already heared from another friend that the anime sucks a lot. actually I wanted to watch it after playing the game, but I´m not that sure anymore. I don´t want to lose Tear to an possibly awful series D:

Hmm, if it weren´t THAT ecchi I maybe would read it for yami (which seems quite awesome and cute).

I hope for all I cae that I´m wrong xD I don´t want too much in not enough time again like in spidy 3!!! Venom still needs his own movie that was announced ages ago xP

Ohh, I see Sae from Amagami in your faves :D I liked that series quite much as well! It showed a great way to avid the "harem problem". Still need to watch amagami+. How did you like it? My favorite heroine was Ai Nanasaki^^ she´s just too cute!

The current Nisekoi chap shows even better what I thought of becomming aimless (and a bit like TLR) and it got the perfect episode title as well xP See:http://mangafox.me/manga/nisekoi/vTBD/c105.5/4.html