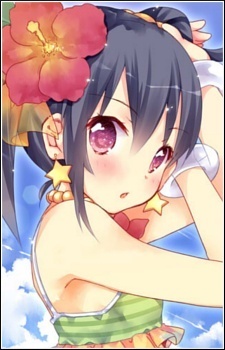 These two series are both about love between a brother and a sister. In NakaImo, the main guy must find a marriage partner at his new school in order to claim his huge inheritance. The catch? His sister also attends that school. In OniAi, the main guy is reunited with his little sister after six years apart, only for said sister to repeatedly express her incestuous love towards him. NakaImo has a little more mystery (nothing complex at all) and OniAi is maybe more comedic, but essentially, if you liked one, you will enjoy the other.

Though Btooom! has bombs instead of supernatural phones that predict the future, like Mirai Nikki, they both revolve around survival as a theme and are about ordinary(ish) people that have to kill each other as per the rules of a game that the main protagonists are forced into playing. Both main characters are socially withdrawn, reluctant to kill, and they fall in love with the lead girl (although you'll see that Himiko's and Yuno's personalities and roles are quite different). Both also feature an interesting cast of characters ranging from cunning to crazy. If you enjoyed either series, you will enjoy the other.