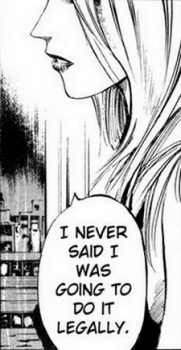 oo7565 Jun 29, 2010 1:50 PM
May i ask you a question what are you thoughts on the anime named History's Strongest Disciple Kenichi
how did you like and why or why not no reason for asking this just curious about how you feel please respond if you want ok also if you want to ask me a question look at my anime list and ask about one i am watching or have already seen and ask about if i like one or not if you want. Don't you want atleast to say Happy Birthday to her??~♪♫♪
It's is the 11 September

If Katedadevil Receive♫
5 messages: Then I have friends♪
10: Then I have good friends♪
15: You all rock♪
20: You all will be forever on my best friends list♪
21 and + I will be happy each time I talk to you♪

I wish you the best Happy Birthday ever!
~~Forever Grave into my Heart~~
Send this message to all you're friends and me and Katedadevil ♥

rosalieirenen Aug 13, 2009 4:04 AM
omg, I was waiting for an answer and just realized that I didn't answered to you ^^"""""
so~
you see? Usami is an uke~ :D I know the difference between manga and anime so maybe I have to read manga to be able to like Misaki? ^^" I know that Misaki had to be there, it's even better -that gives to us place to fanfics, doujinshi and fanarts about SumixUsami... :3 about ending... maybe it'll be 3 series? :D
Hetalia... yeah... UK's voice is... uhh! :3 Itally -I agree in 95% (but chibi Italia's voice is sooo cute~ :3 ) I love Hetalia! watched first 26eps more than three times and now watching new eps in japanese while waiting for polish subs! I just love them all :D it's funny and make you think odd watching news about international politics or sports... xD it's only 5 minutes so you can watch one by one in 2,5 h or one before sleeping. It's famous now, but deserves it^^ that's my point ofc ;) anyway, if you won't like it -I won't say anything else about it ;)