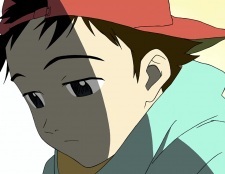 CatSoul Jan 5, 7:18 PM
Thanks for the Secret Santa recommendations! I'm in the middle of Astra right now, definitely a good show. I checked on Netflix and turns out I actually started Magi over five years ago. Don't remember any of it though, so I'll definitely be giving it another shot!

Ha...the thing about Fullmetal Alchemist is that that one dates back at least seven, going on eight years for me. I used to rent it from the video store here, but at one point they gave my parents shit about late fees from years ago out of nowhere so we stopped going there. I always thought I'd watch Brotherhood instead, but I might consider going back and finding where I was/what I remember and continuing from there.