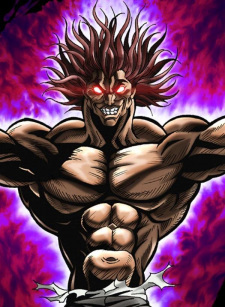 Ah, so LoL and Dota2 are similar.

I was trying to gain. NOW, i 'm trying to lose. BAHAHAHA.
That time, i think i was around 46-48kg.
Now, I rarely do any sports or exercise. trying to start. Hahaa. Gotta keep fit. Especially for someone who LOVES to eat chocos and cakes and...sweet stuff. And who LOVES to eat. but more cakes and chocolates. I'm always eating chocolates. haha.

Anywho, sorry for the late reply, hehe. I know I know, we could talk on Steam..but but...I feel shy.. *bats eyelashes and looks down*
Ahaha, kidding. But seriously though... I wasn't sure what to chat about. And sometimes, more recent, I just prefer being alone. Or I would get excited and talk to someone, then I started feeling tired. Not because of the person. Just myself. And I don't want to be rude, or be a shcmuck or depressing so better not to talk at all right?
Meh, i don't know, haha.

Not sure if you ever feel like that anyway. >.<
Sorry for the late...super late reply! >.<


PS: Just came on your page and saw what you wrote above...
Maybe i should put that as well since it's the same for me.

Anywho, you can reply a year later, i don't mind. xD

Fiji Aug 27, 2014 6:36 AM
Okay, uhmm, sorry for a really delayed reply, I didn't get the energy to reply before my family vacation happened. I went to Hawaii with them this year, and no access to internet almost half a month, then because of time differences, I just can't summon the energy so I slept until my body is back on my city's timezone. Then afterwards I just watched anime and read manga to catch up almost a week's worth of episode I missed.

I am planning to watch those series, since I am now starting to get back my love for mecha series. When mood kicks in, I will watch just not that, but the three airing mecha anime as of now, Captain Earth, M3, and Aldnoah (this seems to be hyped by a lot of people... staff maybe). I probably got my love back since I really love building Gunpla. I just recently bought one yesterday (Justice Gundam NG 1/100 if you wanna know which model it is). I think this is a hobby that I will probably do when I retire. Hahaha. I am just starting to collect all the tools needed... modeler's knife... then buying paints and panel lines soon enough. Hahaha. If you are interested, just search those keywords with Gunpla.

Speaking of Code Geass, I actually do know how the story ends (because my brother spoiled it before I got the chance to start it, so I have been trying to not watch it and try to forget what exactly happened). Sigh.

I do try to give more variant to my scoring too, but it is hard to kind of just revert to my habits... I mean, I only rate anime low when I really don't like the series, give a high score to my bias (which means anime I will love even with its imperfections). Same here, I don't really judge anime by its parts, the animation, sound, voice acting, and the story... I do judge them in an overall basis. Also, you do have a point, if we did only have 1-5 scale... I am certain I will use even the lowest score since the range is lowered by half. The situation here in MAL no one really bothers using ratings below 4 because they just either don't add the anime to their lists because they are bad titles, pretty much the elitist people who are really nit-picky of their anime even bother listing their anime and giving such a bad score. Oh well, people have their own standards... and for me I try not to look of what is the overall ratings of the anime here, I just do the see things for yourself and judge it afterwards. This is also the reason why I don't like reading reviews (no matter what people will have bias even if they say they try to stay neutral). Thinking about it, they are kind of a pain to read too.

I think I ranted too much there. Hahaha. Okay, time for AgK!

I am sticking to what I said, the anime so far is sticking to the manga fairly... I do have to say they have censored certain stuff. If you want to know, click the spoiler. Make sure you are caught up to the recent anime episode before opening it.

First up, when Esdeath came back to the empire, she enters a torture room and talks to the torturers there, which shows her sadistic side. IMO though it still is fine since she still is portrayed cool in the anime. And second, if you have seen the scene where the Three Beasts killed an official and the girl with the Spear (the girl's name is Spear btw)... the Imperial arm flutist Nyau has a hobby of skinning heads, which was not shown in the anime).

Now on to your point... first up, I think that was a clever way of giving a reason to fanservice. I am probably not too disturbed by this since 1) I have read the manga 2) I do know its powers beforehand. Also this is actually the power of the Imperial Arm... and just shows the main character can't obviously control because the weapon is just not compatible with him so such situation happened. Of course, obviously, that power is designed to see through garments (just remember the fight of the original user with Akame)... and it is not designed to peek through girls' body, its for hidden weapons.

Okay, what I am saying is stuff that you know already.I first saw Akame ga Kill! in manga form... you can probably tell from its character designs right? I predicted with character designs like this, fanservice might happen. But seriously, it is not to the point of the amount of fanservice you see in a harem-type anime. It is very limited actually.

I'll ask this question instead, do you remember the time when Akame and Tatsumi went fishing underwater? Akame is wearing a swimsuit right? I read the forums here... and a lot of people are overreacting of that fanservice. Like when I saw that, why is people overreacting in that matter? Just because Akame is showing more skin than usual? Of course you use swimsuit to swim. Duh. It's like seeing an alien, people freak out. It is kind of similar to what we are talking about. I think yes, you hate it since you expected this to be a dark, gritty type anime but seeing fanservice instead. I'll go back to the Akame vs the original user. Did you hate seeing "fanservice" when Akame was visually frisked by the Imperial Arm? It did have a point, right?

If you hate the series just because of that, then I can't really change that since it is your preference. If we look forward on the future, I do remember just two more situations of "fanservice"... but after that we barely even have it since the series really have taken an epic turn.

What I probably said about AgK! might look like I am overprotective or too biased on the series or even sound BS to you... but yes that is just my opinion. If you think about it, the anime of the past ten years have over sexualized women... I mean, like the light novel anime and visual novel games... everything just pretty much have it. So I just learned to adapt with the times, and seriously not so bothered about fanservice... unless it is shoved in your face. Hahaha. I kind of expected you to be tolerable about fanservice since yes, I know you are used to series that has lots of fanservice, so the amount of Akame ga Kill! shouldn't be disturbing you.