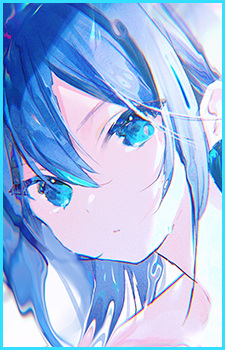 HelProcks Oct 17, 5:40 AM
I found a cute anime♡
https://myanimelist.net/anime/41389/Tonikaku_Kawaii
TSUKASA IS BEST GIRL FIGHT ME

LadyNaipes Oct 10, 5:26 PM
Np, thank you very much for the friend request ^w^
It's also for me an honour to meet you. :3
Sorry for the late reply I got pretty busy.
I wish you an amazing day!

DawnHibiki Oct 10, 12:14 AM
Hello. It's been about a month, and that's a nice-looking Reina Kousaka right there!

BABYH0TLINE Oct 9, 9:05 PM
I just saw your going to be inactive for awhile!
And just wanted to say have a good day/night! :D

Ah you mean the Halo Hayabusa armor, Yeah people who that armor means they earned it the hard way.
It was not simple armor to get and had do stuff like Beat the game on legendary and have all the skulls in the game.
It was stuff like that that let person know that your kind of badass.

Know I played some battlefield games before.
I would earn the weapons i unlocked why some asshole would just buy the weapons unlock pack.

Even open world/Open Map wargame with 100 players per game don't have that kind of Download size.

GTA 5 is other game that turn into pay money to win and get better stuff.