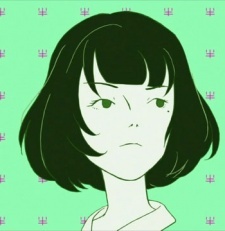 Kenchiin May 27, 2015 4:15 PM
That was like the longest delay ever lol!
It's not from an anime actually. He's Willard H. Wright, from Umineko no naku koro ni Chiru. It's a Visual Novel. Only the first part of the story was adapted into anime by STUDIO DEEN, but since he appears in the second part of the story he doesn't show up.

jchang Aug 14, 2012 9:20 AM
Thanks for the comment. i think people overate everything 5 is the middle number that means i didn't hate it nor i like it. maybe i diskliked it a little bit more. people tend to give higher scores because how society is shaped but 5 at least is better than 1-4 lol. :P

ZaWaldo Jan 3, 2012 12:24 AM
That's pretty cool. She does have that sexy evil grin also :D
Does she go around throwing steamrollers at people too? XD

ZaWaldo Jan 2, 2012 8:38 AM
Haha, thanks (even though I wasn't the one who came up with it :p).
Dio is looking awesome in your profile pic too :]
Reminds me a little of the scene when Archer first appeared in the anime FS/N.