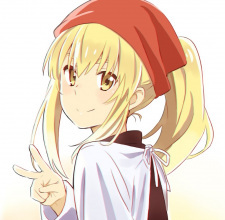 here u go i too lazy to rember how imbed link https://www.youtube.com/watch?v=fLzgdztmHJU

NexLFC Jul 31, 2019 3:56 AM
Donald's arm collapsed under him with the force of the fucking he was getting. His face mashed into the pillow on his king size bed, and his head started rhythmically bumping against the headboard. He tried to ignore his discomfort, focusing instead on the fact that he had no idea when he'd again get a chance to feel this good, to get fucked this deeply and thoroughly. One hand was between his legs, stroking his fat six inch cock; he had fallen onto the other. He was propped up on that elbow, his hand straining to graze one of his nipples. He was sweating, having been fucked already for ten minutes. He knew from experience he was probably going to get another half hour or so. A jolt of pleasure coursed through him as he was smacked, hard on his smooth right ass cheek.

"Yeah, baby," said a deep sexy voice, "you like that, don't you? I love how your big ass flexes when you get spanked." Donald felt another smack, harder this time, and he let out an involuntary moan and, reflexively, flexed his hard muscular ass. Donald pushed his arms back under himself, and looked down his torso. He was on all fours, his massive smooth body was taut, freshly shaved, freshly worked out, and perfectly defined. His massive pecs heaved with each plunging stroke into his ass, and his abs were tight, trying to balance Donald's big 6'4" frame against the powerful fucking abuse it was taking. The only hair on his body, was the carefully trimmed bush at the base of Donald's fat six inch cock, which was totally hard and tightly flexed up against Donald's stomach. His smooth nuts were tight against his body, resting between Donald's thick smooth legs. As usual, Donald had shaved his legs that morning, and his massive quads, still sore from his morning workout, were straining to push back against the hard pounding his ass was taking. Donald loved his body---he would admit, privately, that he was totally a narcissist 'you would be, too,' he would always say to himself as he watched himself in a mirror. He felt another hard thwack against his backside, and watched his pecs tighten against the heave the most recent stroke had caused. Between his legs, Donald could see two heavy, massive nuts swinging back and forth with the momentum of the fuck he was getting.

Donald and Barack Obama had first met in 2010. They were the two biggest names in America and Donald had been curious since he came to town to find out if Barack was up for fucking him. One night in 2008, Donald went over to his buddy Vladimir's place for a party for locals. Barack was there, looking sexy in casual shorts and a Slayer tshirt. Donald kept trying to catch a glimpse of what was swinging between his legs, but he couldn't get any intel. After everyone had some food and a few drinks, Donald went to take a piss. He wasn't paying attention and walked right into the bathroom while Barack was taking a leak. The 6'8" stud had his shorts down and his huge snake in his hand. Donald tried to stammer an apology and back away, but he was entranced. Barack knew it, too. He smiled and beckoned Donald to come in and close the door. Donald soon met Barack's massive eleven inch cut cock with its gorgeously shaped pink mushroom head and the huge nuts to match. Donald was instantly hooked on Barack from the first sight, and the long, deep fucking he got that night left him addicted. Ever since, Donald did whatever was necessary to make sure he got fucked at least once every week by Barack's big monster.

"Take that big cock, baby," said Barack, licking his lips as he plunged the full eleven inch length of his cock in and out of Donald's hole. "Milk my dick like you want it, bitch." Barack gave Donald another smack on his ass, leaving a massive hand-shaped red mark on the smooth skin. Donald's ass clenched with the spank, and he could feel his ass tightening around the merciless invader. The room was silent, except for Barack's talk, the occasional smack on Donald's ass, and the regular sound of Barack's tight body ramming into Donald's firm ass, his heavy nuts bouncing against Donald's legs. Donald was in heaven, letting out a long low moan of pleasure as Barack's cock pounded nearly a foot inside him and then left him empty and aching to be filled again.

Donald had done as Barack liked. He took a shower an hour before Barack showed up, taking extra care to make sure he was completely clean. Then he shaved his arms and legs like he did before a game. Then he put on a tight pair of white briefs and nothing else. The curtains were drawn in Donald's room, and the light from the adjoining bathroom was the only light in the room. Donald had stripped his comforter off the bed, leaving only the white sheets and pillows. Donald opened his garage door, so Barack wouldn't been seen coming in, turned off lights in the house, and then went to the bed and laid down on his stomach. Barack walked into the bedroom with a "yeah, baby" at the sight of the smooth impossibly well-muscled stud in his briefs and nothing else. Barack was in a wife beater and a pair of loose sweats, tied off so that they hung low on his muscular ass. Barack took a knee on the bed, and slapped Donald's ass. Barack loved how big and round the QB's muscle ass looked in the tiny white briefs. He started stroking his big monster through his sweatpants as he caressed Donald's big muscle ass. Donald looked over his shoulder, showing Barack his perfect white teeth, and moaned appreciatively as Barack's hands started running all over Donald's ass.

"Damn, you're pretty, boy," said Barack, getting up and walking toward Donald's head. He pulled the muscular white boy up onto his knees, and Donald dove into Barack's chest, running his tongue over Barack's chest hair, as Barack peeled off his wife beater. Donald worked his way down Barack's tight, muscled stomach, bathing the taller man in his spit. Donald dove his face into the crotch of Barack's sweatpants, and tried to wrap his lips around Barack's quickly hardening cock. Barack reached down Donald's body, and ran his hands under Donald's briefs. He grabbed a fistful of Donald's hard ass, and Donald could feel his cock jump. "Fuck, boy, I'm going to miss this ass when you leave."

"Damn, Barack, this ass is going to be lonely out in Denver," said Donald matter-of-factly. "You'll have to give it one hell of a sendoff." He peeled down Barack's sweats, grabbed the fat monster by the base, barely able to wrap his big hands around the base. He opened his mouth, and took four or five inches into his throat. Barack's cock throbbed as it quickly hardened. Barack had his hands down in Donald's crack, his thick fingers teasing around the warm hole. He pulled his cock out of Donald's throat, and turned the football stud around, so he could see that big, beautiful ass. Barack pulled off the tight briefs, revealing the perfectly round, hard muscle ass that he had conquered. With the briefs out of the way, Barack dove into the smooth, hairless crack, and started tonguing Donald's hole. Donald loved the way Barack rimmed him, and the tall man had a massive, and powerful, tongue. Barack had Donald relaxed and opened up in no time, and had Donald ready to get fucked.

Now, almost twenty minutes into the fuck, Barack was covered in sweat, and Donald wanted a better view. Fortunately, Barack was ready for a change. "Roll over, boy," said Barack, withdrawing his huge dick from Donald's gaping hole. "Let me see that pretty face of yours." Barack's head popped out of Donald's hole, and he felt like he was gaping wide open after the pummeling his poor hole had taken. Donald rolled onto his back, his cock still rockhard against his flat stomach. His legs were shaking from the fucking he had taken, and it felt fantastic to finally take his weight off them. He stretched his massive arms up over his head, and felt his muscles relax. Barack moved onto the bed, and was stroking his cock while he watched his beautiful white fuck toy stretch himself out on the bed. Donald loved how hot Barack looked, Barack's massive dick was rock hard and slick with lube and sweat and spit, having just plowed into the muscle stud. Barack's tattoos were glistening with sweat that was dripping down his face and collecting in the valleys of his cut, muscular torso. His abs and pecs were heaving with each breath. Barack looked like such a stud, and Donald couldn't wait to drain his load out of his nuts.

NexLFC Jul 5, 2019 5:47 AM
If you weren't a furry your favorite character list would actually be undeniable proof that you are homosexual.