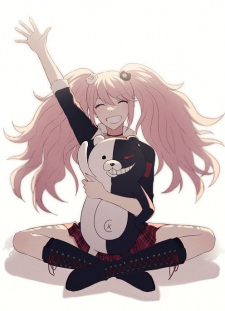 abeydaby Aug 15, 11:24 AM
I will.
Haha the bow guy? Yeah his nen ability is awesome. Yeah that's what most people told me as well but I personally enjoyed it.

Anyways Talk to ya later! Have a good day/night!

abeydaby Aug 14, 12:29 PM
Ok good lol.
Really? I had my doubts too but if you really liked it that much then I'll give it a watch.
OH, that's the best arc! It's also the longest and boring at times so good luck xD.

abeydaby Aug 13, 9:48 PM
Him? I think you're mixing them up bro. Itsuki is the red head with the long hair and ichika is the short and purpled haired girl.
Ah, I see. HxH fmab are AMAZING but I haven't seen jojo yet lol.
I honestly don't know either lol. If I truly had to pick one it would probably be hxh.

abeydaby Aug 13, 7:55 PM
Haha I get that now xD
I don't like Ichika. She's way too manipulative.
Thanks! I always love it when someone points out how great the nichijou gif is lol. Haven't seen the show yet unfortunately though xD.

abeydaby Aug 13, 6:10 PM
Yup, you're correct.
Oh lol no. I thought you were talking bout misty?
Mine was Yotsuba in the first season and Miku in the second xD. Nino is second though.

abeydaby Aug 13, 2:29 PM
unrelated but who's your favourite quint?

I know but he could at least TRY catching pokemon that isn't for his battle team lol. He literally traded a pokemon with dawn so that he could have one that fights for him xD.
Yeah but I've already seen her a lot in the past series including sun and moon so the reunion won't be that emotional.

abeydaby Aug 13, 8:31 AM
haha, anyone who didn't feel sad when he left isn't human lol.
a little? XD
Yeah, something I don't like is how he doesn't bother too much to catch pokemon though. He mostly catches them so he can use them to battle instead of trying to catch them all lol.
My favourite female ash companion is definitely dawn. I don't really know why though, can't explain it xD.
Nah, he was dumb af in that one trust me. You might have forgotten what happened which is why you say you liked him there.
Ah, alright lol.

abeydaby Aug 12, 8:55 PM
I know, but I like ash way more. Gou is just plain annoying. I do really like how experienced ash is in journeys though.
yeah xD
Ikr. I legit cried when he left lmfao.
lmfao that scene was very strange. A literal legendary pokemon made out with a 10 year old boy xD.
Oh really? I thought the first season was the most funniest and I really liked ash in that one but I didn't think all that highly of misty lol.
WHAT?! Black and white is the WORST one out of all of them. Ash was dumb af in that one lol. You sure you're not confusing it with a different series? XD.

abeydaby Aug 12, 7:57 PM
Yes, I watched over 30 episodes but the only complaint I have with the show is that they treat Gou as the protagonist instead of ash. Gou is a TERRIBLE protagonist and he literally throws a basic pokeball to catch all of his pokemon lol.
Ah, alright. Haha same, James is definitely my favourite out of the 3 of them though lol.
Ah, nice. My favourite is definitely alpha sapphire.
My favourite character is definitely brock. Ash comes in at a close second though. I just love how he has his own harem lol. Favourite pokemon is prob greninja. He's just so badass lol. What's your favourite series?

If you don't like your name, color, if it miss you a card or if I make a mistake I can change it..