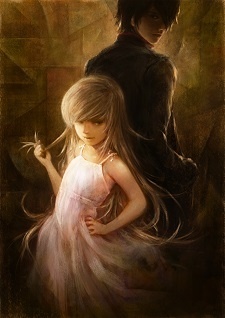 AndyRayy Oct 3, 2013 9:12 PM
What exactly did you mean by that comment you posted on my profile? I'm not sure if it was even actually you or if your account has been compromised...

SeibaaHomu Sep 28, 2013 12:14 PM
Even if someone fapped to nothing but lolicon I wouldn't call them a paedophile. But according to Drac everyone who enjoys Kiniro Mosaic wants to stick their thing inside an actual real life kid. There are so many negative connotations behind that word that he just doesn't seem to realise. He made a serious video called 'How anime changed my life' apparently in an attempt to get people to see another side to him but all he did was turn it into a misguided rant on lolicon. If that's the real him then he must be a real shallow human being.

I think I can guess why he gave NHK a 2. It doesn't just mindlessly bash otaku or judge the viewer. It just presents it how it is in a realistic light. And because it doesn't tell it exactly how he wants it to be told he says that 'If you enjoy this show, you're retarded and have no life' (His old tag for the show before he changed it to the similarly nonsensical 'retarded characters' explanation).

As for Shinsekai Yori, he's probably just being homophobic. I mean, he's an avid Christian and it seems to fit his personality to a tee. You know, those Christians that set a bad example for the religion as a whole and are probably the root cause of all the neckbearded MLP fans jumping on the atheism bandwagon

ssjokg Aug 31, 2013 3:45 AM
First of all I will just copy paste here the best version of the vn.It is what I do for everyone that asks me about it.You may know some things like using applocale or others,so just ingore them if you do.


This is a torrent of the visual novel with the translation, voice patch and also a flowchart to make it easier.Just unpack it anywhere in your pc.
http://kat.ph/fate-stay-night-visual-novel-patches-t2606903.html

It has the eroge scenes.If you dont want to read them for any reason just fast forward them by pressing ctrl.It is easy to know when they start because the voices suddenly disappear.

Change the regional settings before starting the game.
http://answers.yahoo.com/question/index?qid=20090511171805AAee63E
I never needed an OS install disc.It may be needed if havent installed the japenese settings.

If you dont want to mess with this download AppLocale
http://www.microsoft.com/en-us/download/details.aspx?id=13209
After install start the program and look for the Fate.exe.Then choose the japenese settings(it starts with this 日).You will have to do this every time you want to play/read FSN.

In FSN you cant choose what route to follow unless if you have completed the previous ones.So whether you want it or not you will be forced to read Fate,then Unlimited Blade Works and then Heaven's Feel.And yeah that is the way it is meant to be read.