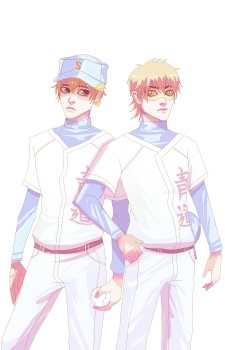 Ohayo! Would you like to join our Humble Cafe? :D

We present a place where you can relax, chat with others and maybe enjoy a cup of coffee or tea with others. We offer Games, Cards, Badges, Contests & many more! Come join us now! :D

Also, if you're interested in being a part of the Cafe Crew (Staff), Why not apply now? ^_^
Thank you very much for letting me a take a bit of your time in reading this (Gomen if I somehow wasted your time! XD)
I hope you have a wonderful day!

As for those complaining about "haters," you must have a limited view of what it means to be a fan. Being a fan doesn't mean you have to like every chapter and every idea that the author has. It doesn't mean you have to like all the characters, or all the arcs, or all the dialogue. There are entire arcs of One Piece that I utterly despise, but that didn't stop me from giving the manga a 9 overall.
--
I have a limited view? My firend you are the one who brought in the discussion labels such as fans and haters. If you want to take a look at my previous posts in the downfall of bleach feel free to do so if that's what it takes for you to not see me as a "fan". And btw, you give the whole OP as an example while I was judging one's opinions on one certain chapter. There's a huge gap in your logic.

A forum is about discussion and an exchange of ideas and thoughts. If you can't handle people having a negative opinion about an aspect that you like, forums are not the best place for you. Even if a person states that they dislike a core part of the manga, they aren't required to write an essay justifying their feelings, nor their descision to keep reading. Everyone's opinion is legitmate.
--
Wrong. It's not about an aspect that I like. I said "people read to judje". And that's exactly my point and nothing more. The majority of Bleach is screwed up and now everyone agrees to the stereotype that "Bleach is crap" and saying it in each and every chapter makes us feel good despite of the actual chapter. Reread that post, you will see that it is devoid of actual arguements. No they are not required to write an essay, but neither am I required to not state what I see. And like I said it's hypocritical."Forums are not the place for you"?That's a nice cliche as if forums are inherently the place for "fans" and "haters" and not a place for discussion in general.

Respecting the people arround me is one thing, questioning their judgement is another, especially when it it obvious to me that they are driven by stereotypical opinions.

If I seemed aggresive I apologise. That's the only thing I can say so as to not provoke anything from your part. I'm willingful to discuss anything as long as you realise that I'm not stating these in a hateful manner.

Daddy Sep 6, 2012 9:36 PM
Hey there,i just wanted to stop and say hi actually,or something along those lines,so hi,oh and do excuse my randomness,i tend to talk to random people,for no particular reason ,other than the fact that it's fun.

Your profile pic,which anime is this guy from he looks super cool.

I guess it's time to revive Fai D. Flourite Fanclub a bit.
Would you like to join What would you say to Fai if in person? or Fai crossover pairing(s) discussions?
How high is Fai in your fave characters list? or Which Fai do you like better?
If not, it would be fantastic if you could make any other topic you like.
Hope to see you in the club! Best!