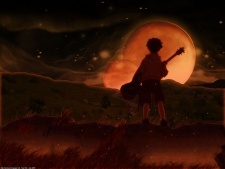 SunlitSonata Apr 8, 2019 3:50 PM
Well well well now that Kaguya-sama has ended and the MAL score got quite a boost I can say “Keep watching”. You learn more and more about the characters with every skit, some more get prominence, there is a story forming that gets very appreciable by the end, and the actual comedy itself is surprisingly varied. So I think you should give it another shot because 3 is WAAAAAAY too low for how it ends up in the end. I’d also recommend picking up Rokka no Yuusha from a few years back since I noticed it in your dropped list and having read 5/6 of the light novels, it gets fairly interesting/intense and you dropped it WAY too quick to even see what the bulk of the series would focus on.

Berserk is only 25 episodes though, with a hook to continue, in comparison to a lot of other retro series it wasn’t very long. There was enough going on there to peak my interest, with the worldbuilding, the soundtrack, the dynamic of the three leads, embracing the dark tone without going edge to benefit the character pathos, and the classical intensity of many moments made it all worth whatever “slowness” was there. The lived in world and older protagonist dynamic prevented that monster fight from really feeling “bland” to me, definitely not blander than the run-of-mill teenage protagonist Shonen, including that demon slayer show airing now. Not to say I think that show will turn out bad, just that it seems more notably been there done that at a younger audience than Classic Berserk.

Worst anime I’ve finished would probably go to either Hand Shakers, Gunslinger Stratos or Master of Martial Hearts if we count series. Kagaku no Yatsura if just single OVAs. Mahou Shoujo Site was more a boring trend follower than anything else, but it changed tone too much to enjoy ironically. Ousama Game was horrible, but because the tone was consistent, it felt more like an anime version of The Happening, so I could enjoy how awful it was ironically, save the completely insane twist on what The King was.

SunlitSonata Mar 10, 2019 5:13 PM
Oooh, right. Sorry about that. I forgot your rating system was a dot off of mine.
For me, mediocre “boring” shows are usually at a 4 at the lowest, which isn’t that much ill will. 3 is the point when “yeah.....this is pretty bad”. 2 is “this is horrifically awful”, and 1 is “this is among the worst things I’ve ever seen”. So that made you think you really hated Kaguya-sama after a single episode.

Interestingly from my perspective, I remember watching the first episode by myself and it didn’t blow me away much. But then I watched Episodes 1 and 2 again with an audience and was better able to see its strengths. Personally would recommend giving it another shot seeing as it is doing very well in the seasonal charts.
Berserk is something of a slow burn, but I appreciated the more methodical character driven story it took to make the dark fantasy really FEEL like a part of the world Guts, Griffith and Casca lived in, rather than just cheap shock value. The dark fantasy aspect felt really resolute to me and the ending is super iconic.

Speaking of though, glad you personally enjoyed the show, but for me, Mahou Shoujo Site felt like the culmination of non-effort and my least favorite anime last year, with only Tokyo Ghoul :re 2 and Darling in the FranXX as competition. In the sense that it took the “dark magical girl” template from Madoka, and then took out all of the scenes where we actually get to care about the characters/the conclusive ending to replace it with edge torture porn, questionable fetishes from the author, as well as comparatively much poorer production values. For me it felt like a tasteless creative dearth where anyone could’ve written the story without much effort, and the studio only produced it so they could promote the dancing idol group from the ED. Like a direct-to-DVD knockoff, which was somehow dumb enough to call every weapon in the show “sticks”. I made reviews of it and Madoka if you want to read them.
If you like So Bad It’s Good that much, I’d recommend Ousama Game which is also very awful but to me is far funnier in attempting to be dramatic than MSS.
EDIT:Nevermind it seems you finished that show after all. What a horribly laughable trainwreck it was.

SunlitSonata Mar 10, 2019 5:32 AM
How the heckling heck do you drop Kaguya-sama after a single episode with a completely unfair score of 3, and Berserk 1997 as well, but give something as utterly abominable and edge-ridden as Mahou Shoujo Site a 7? I’m utterly baffled.

SunlitSonata Apr 7, 2018 12:53 PM
For me that's 4 (mediocre) or 5 (middling and unexceptional). 3 is the point when something heads into downright detestable.

Sometimes I leave it to shows to gain my care overtime. I appreciated what SAO Alternative did in basically making a PUBG anime starring a pink clad loli running at Sonic speed, an SAO without Kirito. Megalo Box's MC was fairly intriguing, enough to feasibly see that journey through. I rarely see an aesthetic like Megalo Box's in modern anime period and it is a really cool style, so I'll leave its continued character focus and intense boxing scenes in anticipation. But agree to disagree I suppose, just think that's too harsh.

SunlitSonata Apr 7, 2018 12:21 PM
I didn't think it was THAT boring. If anything, the mature character drama unraveling angle, coupled with some stellar direction lead to a show beloved by almost everyone I know who finished it, with several 8s and 10s being awarded to it from people I can trust to be critical. 3 just seems like overkill, nothing in that show is that awful under any circumstance. I'd recommend reading this review: https://myanimelist.net/reviews.php?id=215074

I half get why you gave the SAO spinoff a 3, though I don't get it, but why Megalo Box? First episode of that kicked ass, both with the nice blend of old aestethic to modern animation, the setting, and that dope asf music.

Seriously smh. You really think it was bad?

LeaOotori Aug 6, 2017 7:45 AM
I won't spoil it for you, but I would suggest not involving too much in the Black Butler online community if you don't want to know what it is. The fandom has been theorizing about it for years now, but it just now got confirmed. It seems Black Butler is pretty good at getting installments, actually. Even though the anime took a widely different direction, since then, all the arcs have been getting adapted into anime format in order. It's soon after the arc shown in the movie (maybe two arcs after?) that this entire plot twist comes to light, but I'm still doubtful about whether they're adopt it, for the simply reason that if they do, they might have to release and change some of the episodes from earlier for the entire thing to make sense.

I really want to see the movie, but I can't go see it in theaters-- I'll have to wait until it hopefully comes out on disc. :)

LeaOotori Aug 5, 2017 7:41 AM
Yeah, I used to be the same way for a while. :) I asked because of the recent blowing up of the entire Black Butler Manga fandom because of the massive twist Yana threw in... let's just say even the anime will never be the same again.

LeaOotori Aug 4, 2017 10:59 AM
Ooh, thanks for reading my comment! I made a whole list of similarities between the shows if you're interested in seeing it, in that case. :) I really love a lot of the shows on your watched list!!

Sporked Jul 19, 2017 11:40 PM
Glad I could help :) I hope it translates from book to anime well too because there's a character that I'm looking forward to seeing later in the series because of how well she keeps trolling Touya, she's quite funny imho. Even if you don't like the anime version, there's always the books to read, they are fairly cheap and well worth the money