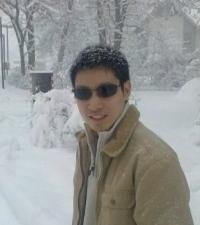 Doctor-Doom 1 hour ago
I find your FG comments pretty funny and also you are wasting your time watching anime...read manga instead

DrSexy Jun 5, 5:51 PM
Thanks but this one looks better on anilist

My_Tea_ May 22, 6:44 PM
Goodluck. I think next banner could be Klee rerun or new character, Kazuha.

I am still using single wishes on Eula banner. I use bieduo and need xinqui. My beidou is C4 now. If i get Eula it will be a bonus.

EUGH! Isn't that the guy who started the Ishozuki Reviews (or whatever it was called) spama-thon?

Oh! Potentially good news! I hope everything works out for you there. Less work for you if the review makes you comfortable and you don't feel the need to quit.

Ahh, thanks for the celsius conversion haha.
It's averaging around 60 here. Nice scarf weather. :3
I CANNOT WAIT TO SEE SOME SWIMWEAR MODELLING AHAFIHUAYIHFSBAHGMRHDYSUI

Mmm... Americans are actually taking the vaccine...
Australians are fucked. According to a poll, 1/3 of Australians don't think they need to (// aren't going to get) the vaccine... ._.
Absolutely incredible... gotta LOVE how THIS many people are THIS dumb. Honestly makes me a little more confident in myself ha...

I've been watching Fumetsu no Anata e. It's really good and was made by the same author as A Silent Voice. Also read up to where the manga's at <:
If i'm being straight-forward though... the last 25 chapters since part 1 ended have been atrocious. Lost its charm...

Haven't been watching much animo as of recent.
Yesterday i caught up with the manga Sousou no Frieren (i believe it's called). Really interesting and a little melancholic.
It's about an elf (in this world they have SUPPPERRR long lives) and they're from a party of heroes who beat the Demon King. But the original part is that it's set after the journey is over. While everyone else in the party is growing old and dying she retraces her steps. The MAL synopsis can probably explain it better ha

The adventure is over but life goes on for an elf mage just beginning to learn what living is all about.

Elf mage Frieren and her courageous fellow adventurers have defeated the Demon King and brought peace to the land. With the great struggle over, they all go their separate ways to live a quiet life. But as an elf, Frieren, nearly immortal, will long outlive the rest of her former party. How will she come to terms with the mortality of her friends? How can she find fulfillment in her own life, and can she learn to understand what life means to the humans around her? Frieren begins a new journey to find the answer.

Uhh... busy but everything seems to be alright. I don't think we are too much on fire either which is nice.

I got Zhongli on the last day of his banner. So i think my next 5 star pull isn't a guarantee banner character. I haven't hit 50/50 pity on Eula banner yet. I think i am at 40 pulls. I am doing around free 5 pulls in a week and chances are really low to even hit 50/50. If i don't get Eula then i'll just start saving primo gems for the next Cyro banner

I love both these genres too!

I don't think that animes are a "religion" on something like that.
I think that I'm doing the opposite of what you are doing recently. Recently I'm watching a lot of animes, more than a few years ago

hacker09 May 6, 8:57 PM
Hi
nice to meet someone with high anime affinity

Immune May 1, 10:27 PM
BACK WITH ANOTHER MONTHLY REPLY RICE

Yup. Saying this for the probably the 5th+ time but i am absolutely nothing like you. I just conform to everything and go with the flow. I never complain about things out of my control.
Mmm, confidence is super important. It's also good to hear that it enhanced your thought process, i've never really thought about that despite being plainly true. Huh...

Entrepreneur R. Pounder's ready for duty i see!
There's nothing you can do about it though... they must be doing or have done something you aren't or haven't done. (Could have worded that one better lmao.) They may have also worked their asses off when they were starting out and are now just indulging in the fruits of their labour, you never know huh.

Oh shiii!!!
Fuck. The situation's complicated and i don't know if i can really give any valid advice... haha...
I mean, if you know you can secure a job elsewhere for a similar salary and less of a workload i say you go for it. Then in a few year's time you can go travel the world! 'An incentive', you might say. c;
I wish you the best of luck. I'm sure you either have or are planning to resign in the next couple of weeks by now?

Winter is supposed to be almost upon us southern hemispherians and i want an excuse to wear many layers but alas... warm weather here too. )))::
I've always been much more of a winter person, and not only because my birthday's in July. I just can't get enough of the rain, the cold, and the snow, y'know?! c;
forecast to rain tonight and tomorrow so fingers crossed!
I presume you're the opposite to me from the sounds of it? o:

Ooh, nice! I've been watching (sorry if i butcher the name, this is from memory) Fumetsu no Anata e. I watched the first episode and just had to dig straight into the source manga. 100% a contender for my favourites. So. Good!

I'm sorry for the disappointment Rice.. but I'M NOT IN UNI MAN AHA. I'm even more underqualified to be giving you my ideas than you thought. I'm in last year hs. ))):::
I feel like i've completely ripped down your image of me, sorry. I think i lead you on too, but i honestly don't remember. I've told you this before: it's not you, it's me...

Don't want to end on this note so i'll say this... Signed up for and got into MAL Rewrite (the group where they write the synopses for MAL). In a week and a bit it has been a month since i've joined!
Anyways, i hope you've been well.

Immune Apr 5, 4:19 AM
Damn... i seriously never thought about people hating university for those reasons. You're really opening my eyes haha.
I guess everything falls short in some regard.

I mean, some CEOs aren't even expected to do much... For a couple companies that i know of, the CEOs are just a dozen well-seasoned and otherwise retired businessmen who go to a meeting three or four times a year. They make some decisions and leave the meeting room with high five-figures or even six-figures in their pockets for the few hours in that year. Talk about all in a day's work am i right?!

Yeah, i can understand your predicament. There's no incentive to remain there besides a constant flow of income.
That's why many businesses/corporations like those in the hotel district constantly move around employees and slowly push them up the pay-ladder; to keep them working there.
Have you brought it up with your boss about the increase in your workload? You should at least try and get somewhere because it might just get worse. Y'know?— Well, what do i myself even know...
They obviously feel that they can replace you at a moment's notice... which honestly hurts...

Ohh... interesting. I guess it is scary leaving your money in their hands, but still, the good results are evident of the rewards to that uncomfortable risk. (I can't even understand what i'm saying rereading over that last sentence, don't worry.)

lol. I mean, i barely did anything in Hawaii besides go to the beach for a few days. I just stayed on the main island.

Cramming in knowledge for a test isn't the intended purpose, i understand that. It's set up so you study over multiple days and remember it for the future as well. You really seem to hate the idea of University though, haha.

"it sorta feels awkward at first b/c you no longer have any structure."
oooooohhhh. I can understand that without even being there! I'm scared of it... ):

"I hear that some European students do a "gap" year or spend some time after graduation to just enjoy life before going into the workforce for serious. Do the Australians do anything similar or is it pretty much whatever goes?"
I mean, it depends on the person. I think there are more and more people doing it, but it's a little hard to tell. I know that a lot of people take a gap year in-between high school and University.

I feel like everyone these days is just saying "do what you love" and moving away from "just pick whatever yields the most $$$". imo, people should be thinking most about earning money, then how much they love the job second. Earning money allows you to do the things you love. Do you agree or disagree with me?

Oh! Sorry! No, tradie is a bit of Australian slang for people in blue-collar occupations like construction and whatnot. I think he's a carpenter, but i may be wrong.
Stocks can be great too though! (;
My father bought stocks from a company when i was born to give to me when i moved out, and they ended up becoming 20+ times their original value! Great stuff!

Haha. I have never been to an anime convention, no. I haven't been to any sort of convention at all i don't think.
All Comments