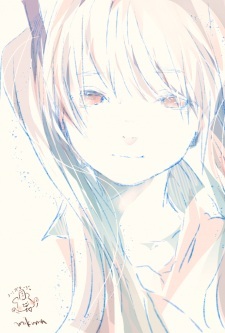 sumony Nov 23, 2019 3:57 PM
Hey! I found your profile from a forum I thinkk, and I thought we have really similar taste! I also really like your rating system and everything! I think mine is kind of similar!

MireyeFal Oct 15, 2017 2:08 PM
A 4 on Just Because. Interesting! I was wondering whether or not to skip it because I have a soft spot for romance shows.

MireyeFal Aug 25, 2017 10:48 AM
Yes, I definitely will check it out. Now, when you mention your other "content", is this a referral to your blog post on the Kizumonogatari trilogy or a mention of your youtube channel? If it's the latter, I would appreciate a link since I couldn't find your channel.

MireyeFal Aug 21, 2017 11:23 AM
I see you have Hachiman as one of your favorite characters. I just happened to find your page when looking around MAL, being relatively new. You write really good reviews that are accurate and do a good job explaining the appeal of the anime. Just thought I'd let you know.

The second season of Sangatsu no Lion is definitely the anime I'm most excited for right now. Kinda tempted to read the manga and catch up, but I also don't want to spoil what will happen in the anime. Hm...

Gamesguide Dec 15, 2016 5:30 PM
I think you should try out Hunter x Hunter (2011), looking at your list I believe it would rank at least 8. There is no rushed character development and everyone is given a chance to be introduced separately from the main character. The only problem is is that it is 148 episodes and that you have no idea where it's going when it starts off.

puella_magi Feb 23, 2016 7:40 AM
Hi! By Ladykiller you mean Hyun-ae? It's quite complicated for me. On the one hand, I don't like that she killed everybody, but on the other... well, I can understand her feelings. Can't say I like her very much, but when Mute asked me did I feel sorry for Hyun-ae, I answered "Yes". Her butthurt was adorable. Haven't played Digital yet, slowly reading Hate Plus (slowly because of other things that need to be done/read/watched), but will finish it this week or next (I hope).

BRSxIgnition Feb 2, 2014 5:15 PM
The ancient aliens made me do it man. They're gonna come for you too. Run while you still can.

Tachii May 17, 2013 4:15 PM
I actually have no idea.
http://www.zerochan.net/1146356
This is where I got the picture from.
It does seem to indicate s/he is a part of Nico Nico, but I do not know his songs. And lol, speaking of Chitanda, I just started Hyouka today. Doesn't seem to be my cup of tea though.