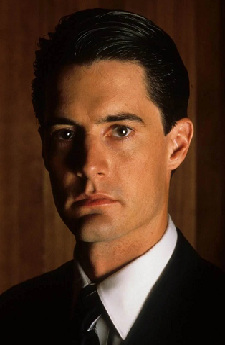 -Alians- May 25, 11:00 PM
I wrote a comment but accidentally closed my browser. Basically, just like FLCL, Clannad is a huge world with so much content that either people will like or dislike. That's what the visual novel fulfills, as the anime barely skims through the details. After playing x amounts of routes in the novels, you feel like you deserve a good ending lol. Rewatching can definitely help if you do it at your own pace. Heck, even the first season has foreshadowing although being pretty meh.


Kotomi's arc is probably the most important one

-Alians- May 23, 11:37 PM
Yo, what's up. Yeah, the first season is absolutely worse than the second season. It's perfect for romance lovers but not so much for anyone else. Clannad AS has some of the best episodes ever IMO. The section after your spoiler mark hits home.

It is part of the reason I consider it a masterpiece, hehe. My high score for S1 comes mainly from the foreshadowing and enjoyment.

Kamara-Alya Nov 30, 2017 2:51 PM
I don't remember a whole lot either haha I kind of remember most of these characters! I also liked the big lizard guy, I think his name was Rak or smth lol

Kamara-Alya Nov 30, 2017 11:13 AM
Thank you for the great insights! That was super helpful :) It's really nice to have an idea of what you plan to watch sometimes so you know what you're in the mood for! Thank you for taking the time to write those ^u^

I actually read about 50 chapters of Tower of God on Webtoons! c: I liked it a lot, though it's kind of on-hold for me atm, I plan to come back and finish reading it sometime (I honestly just haven't been on Webtoons for a couple months in general and I miss it q-q) Who's your favorite character from ToG?

I like Natsume Yuujinchou because, although it deals with supernatural things, it's actually more of a character-driven story that's surprisingly very subtle in it's story-telling, and it's always a pleasure to watch every episode because it deals with very melancholic and often bittersweet ideas. I think it's the type of anime that shouldn't be binge-watched because it's a lot more effective when it's watched slowly, like a slow journey over a few months ^u^

Even though the Koe no Katachi movie was a very good movie, the manga was a lot better because it had better pacing and was overall more rounded as story, it felt like it wrapped things up more. It's kind of understandable though, the movie only had so much time to cover everything ^u^

Do you have any personal recommendations you'd like to make? n u n

parz Jun 24, 2017 10:01 AM
Interestingly enough, I stumbled across your profile while looking through the friends lists of other people, so it was just luck I guess. I was surprised how similar our favorites were too lol.

NHK is quite the ride, especially if you've been in similar situations to the mc. The dark humor is also brilliant if you're into that.