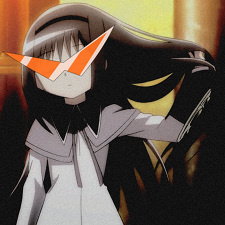 okayyoga Jan 17, 12:39 AM
Strange. I hate TTGL, but we I am glad we can both agree that Steins;Gate is top
lol idk if HxH counts. I don't think it will ever finish...

I hated how Jin didn't feel good enough to date Misaki, so he slept around??
But wouldn't that hurt her more???
Like I don't understand the reasoning??????
And if the genders were reversed, the fanbase would call Misaki a slut
She deserved so much better.

I thought Bunny Girl was alright. A 5/10
Certain arcs were good (Kaede's was wonderful), but others were not
Sakuta was also iffy for me. As a brother he was super supportive, but as a friend I found his jokes questionable

The movie was not good for me. I thought it was predictable, the girl with the issue in the movie was not a good person, and the end was too rushed. Like how did they all remember him???? That could have been a whole season?!?! Reminds me of the final episode of Charlotte

I tend not to like shows like these though... The exception might be Haruhi. Kyon is an amazing MC
What is your opinion on Bunny Girl?

Tsugomi-kun Jan 7, 5:23 AM
Thank you very much!
All Comments