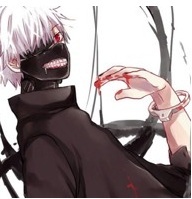 These two shows in essence are surprisingly educating (or advertising?) shows that are taught by characters who are basically connoisseurs of their respective subjects. They animate the passion a group of people may have toward a subject that some might not be well informed about.

These two shows revolve around powerful people living a lifestyle that requires constant movement. A powerful person, Saitama, and a powerful organization, Libra, on a daily basis are fighting monsters / aliens in a modern day setting with a great action and comedy genre always present.

These two comedies follow main characters who are popular almost to the point of worship. However, while Aoyama faces external problems such as competition from others, Handa faces internal problems within himself.

These two shows center around popular main characters who both are known for their perfection and selflessness. Even though the protagonists of both shows have a large and positive backing, both characters on a daily basis face obstacles planted by others as the result of competition, which are always dealt with in unexpectedly smooth ways.

These two shows involve people or mythical creatures from other worlds savoring the flavor of hidden surprises that our modern day world has to offer.