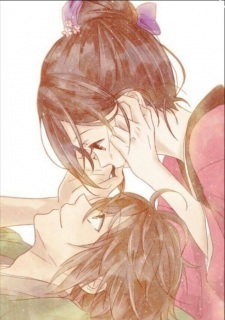 Kcitkat Jan 29, 2019 5:38 PM
ikr? He acts so cold to everyone. It's not exactly scoring him points :/ I don't blame him for being wary of everyone, but he needs to prove to everyone that he's actually a good guy! He's the only true hero out of all of them.

Hmm I still don't think I ship them, since I can't stop seeing her as little, but maybe once I get used to her being older.

It was!! I'm so happy he's finally being seen as the good guy by some!!

Love is war has been super good too.

And the promised neverland is h e l l a

OMGGG
I FEEL BAD FOR DOUBTING NAOFUMI HE'S SO SWEET
AND RAPHTALIA IS SO ADORABLE
FORGET THE OTHER "HEROES" AND EVERYONE ELSE LETS JUST WATCH THESE TWO BE ADORABLE PLEASE
I can tell this anime is gonna be amazing oml
And can they please let poor Naofumi taste his food, omg.
IT WAS JUST SO CUTE WITH THE BALL AND THE KIDS MEAL HE'S SO CONSIDERATE AHHH
I really loved that episode XD

IT WAS SO GOOD. AMAZING. SUPERB. I was dying from laughter the entire time, omg.

I think I'm gonna watch the anime first, and once I'm finished with that, then I'll read the manga. ^-^

IT'S SO GOOOOOD. I love the narrator, and the humor, and it's honestly so cute as well. I love it, omg.

AHHHH OKAY I WILLLL I've been looking forward to watching that one, it looked really good!!! XD I'll let you know when I watch it~~

I only like Ren. And that's probably only because I have a soft spot for his type of character.
The rest I definitely hate though. I mean, I get why they're doing what they're doing, but I still wish someone would have given Naofumi a proper chance to explain himself. Maybe they'll get a redemption arc.

Yeah, I get how it's more realistic that way, and I guess such a drastic change would make sense. I definitely like how he's acting now, except for the fact that it will make everyone continue to think he's a bad guy.

I just want my poor otaku love to find happiness~~

Yeah, the entire episode was really good at drawing you in. I definitely think it's gonna a really good anime.

Me too! I can't wait to find out what happens next!

So I've never read the manga.
Nor did I look at the genre.
All I knew was it was a super popular manga with a happy cover.

So I was unprepared.

I LOVED it tbh. I almost want to rate it a nine already.

My fav character is def Norman so far btw. I love his voice actor.

So, it was so long? like, that threw me off? It was a good length for the progression of the story line though. It definitely did a good job of developing the story.

I'm honestly so mad. Naofumi, out of all of them, was the only one who wanted to help, and was a nice guy, but he was treated badly because he was the shield hero, and then that awful girl tricked everyone and totally ruined him. I'm so mad!!! This is gonna be another frustrating anime I can tell, lol

One thing that bugged me though, is that Naofumi's personality changed so fast. Like, I get a traumatic thing like that would change a person's attitude, but he just immediately was acting tougher, and meaner. I mean he's still nice I think, but he's at least putting on a show like he's trying to act like how he thinks they expect him too. I wish someone could have some faith in him (I mean the shopkeeper did, so that was nice at least)

In any case, I definitely enjoy the concept so far. Especially how all the heroes are from different realities. It makes me think of Sword Art Online, except different concepts, but same idea with the game setup, although in this anime it's not actually a game, just- like one. Kinda like 'That time I got reincarnated as a slime'

What were your thoughts? ^-^

Kcitkat Jan 9, 2019 9:22 PM
Haha, As all should XD Anime > things that probably should be higher on my priority list

Not yet!! DX I'll hopefully be watching it as soon as I can tomorrow and then we can! I'll also be trying to watch the first episode of the promised neverland tomorrow ^-^
All Comments