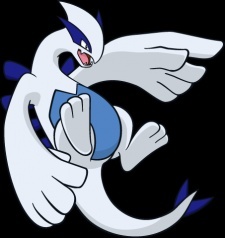 CrimsonCW Jun 15, 6:24 PM
So, the "movies" are the most unnecessary things ever, simply put. They are basically incredibly cut down highlight reels or re-edits of the series in movie form; and if that's all it was, I wouldn't be so concerned, but it's all that plus OMG NEEEW SCENES (that add nothing) and a lot of horrible rewriting.
Rather than just trying to show a highlight reel of both halves of the series in each movie, they actively rewrite them on top of abridging, and yet still use mostly old footage. They doctor/remove/alter (hur hur) that footage to fit the horrible new additions and the like. Virtually changing the entire story, honestly, into a horribly generic one. It's a complete hijack of the original series to me.

Characterization is removed, pointless characters are added, and WORST of all, they fuck with the lore by flat out explaining some things that never needed explaining before and/or retcon things. It's atrocious, and I thought they were fan films until I heard it was the original creator trying to do something for like the 10th anniversary. I'm convinced he has George Lucas Syndrome where he doesn't even understand his own series anymore.
The second film is especially pathetic, there's not barely even new footage at all, past a truly atrocious new and pointless character because they had to include an OMG WHOLE NEW 5 MINUTE ENDING which is one of the worst endings I've ever seen, because SeE ThAT OlD enDINg was jusT TOo TerRRiBle.

(If you want an example, the anime makes it very clear that Alters don't manifest until early childhood in Alter Users, as shown with a few Kazuma flashbacks (of him crying with his hand wrapped up) and with Emergy, clinging to his robot toy), and even Ryuho first manifesting his, which all makes sense as Alters generally reflect one's personality, so while you might have the power of one, you can't actually manifest until you *develop* a personality, at least.

The Alteration movie adds a braindead new scene that shows a literal newborn summon an Alter in the hospital, and it's stylized baby shit; which makes ZERO sense. First off, too early, secondly, so when that baby grows up, will his Alter still be baby themed? Alters can't change unless you've been either Refined or have seen the Other Side; there is no other way.

That was just one thing I noticed and I knew these movies were worthless. I was right. No attention paid to the story details, world details, or character ones. Pure spectacle and the promise of OMG NEW SCENES...

The only good thing about them is the new scenes *look* cool on their own (even though they're stupid in context) and all the actors are still on their A-game; that's *it*. Avoid like the plague.


Alright, that aside, I have three that are my favorites! They all kind of go together, even though they were years apart from me making them, but just like the show, we have the Kazuma video, then the Ryuho video, then the BOTH video. The both video is probably my favorite video I've ever done! Hope you enjoy!

These are far from the only S-CRY-ed videos I've made; these are just the only ones that made it to my youtube.

CrimsonCW Jun 10, 7:56 AM
I can relate! Well at least you're back and didn't forget! I appreciate that!

Oh yeah, nice, at least you finally got to see it! I would avoid looking into any of those "Alteration" movies by the way; just in case you feel any morbid curiosity, I'm telling you as a huge S-CRY-ed fan, do not.

Also, I make AMVs; well I used to years back, and S-CRY-ed was always my favorite to edit with. And I find that people who are already fans (like me) generally get a lot of them, I'd like to share if you're curious!

There was always something about being able to edit from both sides with Kazuma AND Ryuho, or even both of them, that made it so fun. And it was action packed, which made it all the more fun! :)

CrimsonCW May 3, 7:13 PM
Ah, I see you have been rewatching it! How's it faring this time around?

CrimsonCW May 3, 7:12 PM
Oh, really? Which third world country are you in? I thought all this shit was feeding exclusively off first world ones, since of course, it's the living epitome of "first world problems", and the like, but yeah, when it comes to cancer, it most certainly does spread.


I remember back then when the org was at its "prime", it was very elitist about quality and how "we don't post to Youtube" and the like, and now they're deader than shit, haha. Which is pretty fitting, and I've found so much better AMVs from Youtube than I ever have on AMV.org; their style with modern AMVs just pertain to effect-heavy backgrounds with just still shots of anime over it, which rarely ever *says* anything so much as just looks pretty.

They were elitist divas, basically. And I love how you can still watch the videos (what few good ones remain I have yet to discover) yet the community is dead; I like being a leech right off them, haha.


I totally relate to taking forever to finish things; sometimes for me it's just about not wanting to finish them (even though I don't want to cling or anything), but I find the final few of something is usually the longest. But if it was S-CRY-ed, you definitely need to give it another go! Japanese only, of course, and avoid those "Alteration" movies.

CrimsonCW Mar 25, 8:41 AM
Yep, exactly! Of course, 2016 was the start of their ultra-hate boner, haha. I like to just swoop in with an insult and then block them so they can't reply, haha. It really drives them crazy. But yeah, I'd be more than willing to actually debate if they had anything to actually talk about, or were capable of discussion. But yeah.... that isn't happening, haha.


Oh, wow, really? You loved it but never finished it? How far did you get? By the way, it's infinitely better too in Japanese, so that's the version I'd recommend.
The manga wasn't shit explicitly; it wasn't great, but it had its moments. The TokyoPop English translation (IE, the physical books in English) is the worst part though; they put in so much bullshit edge, whereas the original script (it's actually Japanese acted and animated on the DVDs; S-CRY-ed DVDs have awesome extras), as seen there is a lot better. Still not as good of a story, but better.

Alteration is a total waste of time; someone who didn't understand the original anime at all (ironically the creator, apparently) recut the series, first part and second part, and absolutely butchered it. Too much is cut, tried to edit existing footage to fit a narrative it was designed for, with absolutely pointless "new" scenes that exist solely just to say "they're new". Yeah, skip that; it's by far the worst version of anything you can watch.
Just stick to the original Japanese anime.

I actually love S-CRY-ed so much, I've made so many music videos to it, it's not even funny! I could edit to that series endlessly and never get tired of it! I was going to share it, but not if you haven't finished it yet :/


Oh yeah, I actually did check out Gungrave; very early 2000s, as you said! At the time, when I was on the AMV.org website and had a few fellow editor friends, they would rave all the time about how amazing it was, so I checked it out and.... eeeehhhh. It was okay, but hardly lived up to any of the hype. I enjoyed what they were trying to do, the soundtrack and some parts of it, but overall, I wasn't that impressed. Think I rated it like a 6/10 or something.
So yeah "hype stuff" definitely fits it well!

CrimsonCW Mar 23, 5:26 PM
Ah, I see. Well, not bad things to get interested by. But let's talk about it more first though, but I'd be up for talking.

Yeah, I've had a lot of pretty unpleasant debates online (you know, online is where all these people live) and here, so I wanted to do something profile-wise to enrage some of them.

S-CRY-ed is really top notch stuff for me; probably the most rewatched anime I have on my entire list, and it just never gets old to me. At least the original sub version. Ever read the manga or see those truly awful Alteration movies?

CrimsonCW Mar 23, 9:30 AM
You should literally talk to people about said interest first, then send a friend request when you, you know, actually become friends from it.

You also could've literally even written something in said request, but you didn't. Somehow I'm doubting your words.

I'm not against talking about whatever it was that made you send it, but a random request with no information, out of the blue from someone I've never talked to once is always going to get rejected by me.

reneansun Feb 6, 6:05 AM
Thanks. With a glance at yours I can say the same, fellow chad.

How are you? Watching anything good?

immanuelw Dec 27, 2021 6:13 AM
Sorry for being late. Merry Christmas, PseudoWounds! Thank you sincerely!

It is true. Although the trilogy of Fate Heaven's Feel is not as influential as the trilogy of Matrix, they both mean a lot to me. The essence of Matrix is not about AI, bullet-time scenes, or the magnificent Keanu Reeves. It is about the blue pill and red pill. Fate HF is about Christianity and Satanism.

Shiro is a Christian. He saved Sakura. Tortured by his adopted father, raped by her brother, Sakura suffered so much. Like most victims, she chose to go with the flow. They did something irreparable to themselves and others. Fortunately, there was a light in her life.
"He that is without sin among you, let him first cast a stone at her."

Ironically, perhaps usually (In France) as a priest, Kirei believed in Satanism. The essence of Satanism is not evil but emptiness. It is not a specific temptation, which is its means. It is the deconstruction of everything. Evil is bad. Emptiness is worse. Everyone deserves a shot at redemption, no matter what they have done. For Satanists, what is redemption? Like gender, beauty, and morality, redemption is defined by society. It is, at its core, meaningless.

"Milton has a vivid metaphor, that is, Satan "crawls like a mass of black fog".

For example, with a smartphone, good people get in touch with the people they care about, even when they're not together. Bad people attack, bully and insult everyone they've met. They tried their best to transform everyone into themselves.

Although Satanists are alive, their phones are dead. Just like people with dyslexia, bipolar disorder, or Alzheimer's, they are in a different world. I don't think there is a way to convince them.

I can't agree more. I beg you is the best song by Aimer in my view. In fact, Heaven's Feel is the climax of the trilogy. I like the ending. I love what happened before it ends. Sakura scared me. I couldn't breathe when I watched it. I couldn't fall asleep soon at that time. The editing is flawless.

immanuelw Nov 26, 2021 7:04 AM
I agree with you. Of course. Perspectives from different eras are valuable also valuable. So there is no need to regret it. We live now. That's what matters.

I knew Studio Shaft when I watched Puella Magi Madoka Magica. It's definitely my type. Thanks for the recommendation.

I've heard of it. Many of my friends in Japan love it so much. I'll add it to my list, too!
All Comments