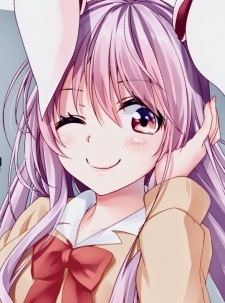 J4rra Jan 17, 12:41 PM
I'm gonna cry this is the funniest thing I've ever seen in my life this man gave Fullmetal Alchemist Brotherhood & Death Note the same score as High School DxD, talks like a literal comedical self-proclaimed genius 4chan user, said Johan from Monster is "an inspiration to many youngsters today, including myself", has watched literally tens of thousands of hours of anime yet only rates about 1% of it above a 5, HAS GRIFFITH AS HIS #1 CHARACTER O.A.T., and yet you guys not only take him completely seriously, you also deadass fully 100% believe that he's FOURTEEN years old LMFAOOOOOOOOOOOOOOOOOOOO

nachamo Dec 21, 2022 7:39 PM
hubristic idiot, your ratings are completely arbitrary and ridiculous, don't ever rate an adequate anime like "Rascal Does Not Dream of Dreaming Girl," a 2, you attention-seeking kid.

Preachee Nov 10, 2022 12:07 AM
@Strayfe
Btw, would you fancy me pasting our whole conversation here? I think it'd make for a good memory capture. Something like that

Reality is, people who say they hate hxh and like Naruto are special ;(
Lol you were literally born after I made my account.


Lol you were literally born after I made my account. HxH is pretty good. If you HATE it, you probably have a mental issue. I can understand if it's not your thing though.

Hmm, is there a problem with that? If you do, I'll call you a pedophile so be careful and choose your words wisely.

Hey hey, I should be the one saying that. I'm a kid here, don't take over my role.

You are abusing your age to threaten me for no reason. Shut up.

Wym? You legit brought up the age thing, rich coming from a pedo wouldn't you say?

Reporting this as well. You are a troll.

Troll about what? Don't be such a sissy my guy. I didn't mean to offend :(

I will drink a shot of tequila if you get banned. Probably won't. But you are an total troll. I'd say worse about you but this is a PG13 site. Unfortunately you threatened me and called me a pedophile over a simple HxH disagreement. That was inappropriate and uncalled for. Grow the hell up.
Get banned? Reported? Bruh every time you see someone saying something you don't like, you report??

Hey, if I get banned that'd be hilarious and I wouldn't mind. "Threatened me and called me a pedophille" ooh, that's scary, "over a simple HxH disagreement" oh no.
Here, here's something offensive you say, and I can report you for it:

HxH is pretty good. If you HATE it, you probably have a mental issue. I can understand if it's not your thing though.
Mental issue? What are you insinuating? That people are mentally ill? That poor Catalano here deserves such insults? You sick, sick bastard. (I won't report you though ^^)

You are not as smart as you pretend to be.
Ah sorry man, but I am just that smart. I don't wanna play pretend ;)

There is no situation where you get out of this on top. Why are you persistent? I've already reported you 3+ times.
I get out on top simply because you're so easily angry over me making me kiddy jokes eh? I'm a kid right? Cmon give me some leeway man.
(It's ok, I'll get banned for you, if you're really that scared.)

I'm more convinced you're an adult playing the role of a minor at this point. Nobody trolls like this at your age. Enjoy your ban.

I was saying, poor you. Here since you're such a clumsy dumsy, I'll repeat it for you: Poor you that I caused you so much mental trauma. And I can't tell if you're ironic or not since you're too old to be talking like that, you know, since that's the whole premise.

Anyway, it's fine. My profile gets more traffic anyway so I mean who cares. It's not like people are going to your profile just to read my comment ;)

Strayfe Nov 9, 2022 11:22 PM
Honestly, this person shouldn't be on this website. They like anime, but harass others who like anime too. Weebs attacking weebs just isn't cool. I'm sure there are external factors like living in parents basement, etc. Nobody is a natural troll. Something is prompting this troubled individual to act the way they do. It only works on the internet since irl they'd obvious just get murdered.

untrue- Aug 1, 2022 2:54 PM
as a pretentious elitist i fucking hate you please let me suck your massive c0ck

Silent_Shadow05 Jul 26, 2022 7:35 PM
i will send you a friend request even though you havent seen that much yet like me we share a pretty high affinity.

It's unfortunate that all the key shitpost statements are gone, but primarily the former moderator named Sad going off abt u and two others individually. He like roasted u sympathizing with "soft core users" to blend in compared to before or smth. I was dying lmao.

Uji_Gintoki_Bowl Jul 25, 2022 8:39 AM
Appreciate that! The high school grind is soon gonna change from trying to stay at the top to aiming for it. It's a small change but it makes all the difference with ambition. I feel like it's less superficial? Idk. Glad to be out of secondary school, lol.

Nah ur point still holds in some cases for me as well I'm sure. I think it's pretty funny that I take the lower math classes for CS like discrete math after I'm done w real and numerical analysis. I think those are the math classes that I can indeed get a start on earlier because by definition, they fall in the computational side of things (obv excluding the proofs that come with em).

Was it the time u called me a mod spy? lmao.
Also this shit is comedy: https://myanimelist.net/forum/?topicid=2031302
edit: ^ I'm pretty sure I just got called a softie user in the roast about you lmao

Uji_Gintoki_Bowl Jul 24, 2022 9:02 PM
The edX thing was simply a comparison to highlight my limited operational abilities; Maybe I should've said codeacademy or linkedin learning, lmao. I actually picked up my python from AoPS (I'd like to think that 10 week regimen was as strict as few chapters of an intro textbook would have been) and R from my dad, but obviously not in any rigorous sense. I'll look into (and hopefully reach out for) the books when the time comes, so thanks! Also that's a solid multilingual arsenal you've got going there, haha. I'm always amazed to see my CS inclined friends have what seems like so much info under their belts (although I presume the fundamentals aren't too different, it's still insanely impressive to me).

I pride myself on having a sizable head start by regular standards, but they've built placement tests and honors sequences for that because a massive swath of math majors there are like that. I'm starting in what they call the honors calculus sequence, which is 3 quarters of a gentle intro to proofs and point set topology that they call Honors Calc I-II-III. What's funny is that you need a 5 in BC calc (AP credit, if you're not familiar) and a abstract linear algebra placement test score to take this supposed "calculus" class. There are 1 or 2 monsters every entering year (the usamo or mop mfs) that get placed straight into analysis and stuff too. Those guys are terrifying, haha.

While the head start thing is definitely true, these classes seem to deviate from the more computational nature of standard multivariable calc or linear algebra courses, so learning them beforehand might kind of be getting in over my head (reading up on proofs w/o proper guidance makes me nervous). I jump right into real analysis for 2nd year on this track, so I'll probably set my pre-study sights on the econ major classes and ride the wave on the math side.

And nah I've always thought (and still think) it's funny when shit goes down on MAL forums, whoever it's between. I haven't been directly involved often in the provocative gaslighting that goes on in there, but it's honestly amusing af so pleas keep it up lol. And I think I was a lot uh... stupider (?) 2 years ago. I was definitely talking out of my ass about the Gintama stuff (though... bias prevails) so you honestly probably had me with your stance. It feels like I've gotten a lot more talkative (or maybe able to talk?) if anything since then, so it's opened up a lot of nice opportunities to discuss things, like this one.
All Comments