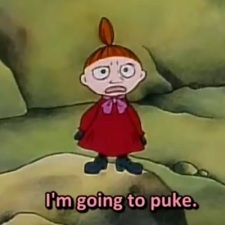 therealloxodon Aug 19, 4:36 PM
I once had a tea party with hitler and he had better taste in anime than that fraud.

EmperorKaido Jun 10, 2021 6:58 AM
Hey, I just finished Flanders no Inu and that shit hit me hard. Your MAL gave me the idea to watch it so thanks for that.

Goober-fish Jul 6, 2020 1:19 PM
Finishing Listeners was a true test of my mental fortitude and an honest detriment to my psyche, not much worse than being married to Courtney Love, I guess ¯\_(ツ)_/¯

THEAnimeHERO Apr 25, 2020 7:47 PM
A lot of the story of the 2004 anime were based on manga material but were not as dark as the sources. The story of the killer whale is very dreary in the manga. Likewise, Black Jack comes off as grayer than his animated counterparts. Seeing how Akio Otsuka is still working I would like to hear him as Black Jack again.

THEAnimeHERO Mar 25, 2020 6:58 PM
I agree with that. I was massively disappointed with Young BJ with the exception of the Hyakkimaru episodes as it was before signs of the Dororo reboot. It be interesting if Black Jack kept the same bitter tone as the manga. The Dezaki OVAs/Movie are definitely my favorite & was my introduction to the character & actors Kirk Throton & Akio Otsuka. I would like a short revival similar to the Black Jack final OVAs as it was close to Dezaki's style.