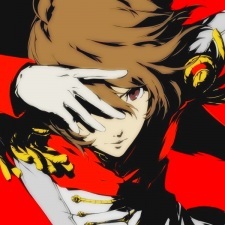 PleasantHorse Jan 1, 12:03 PM
Hey. You know me. I do love a good horse girl. Cat girls are overdone. Horse girls are where its at.

EmilioX Dec 31, 2019 4:22 AM
Haha it sounds so wacky, I indeed noticed the names when I was looking at the page of it. It's very funny to hear such unique names for anime. I mean after watching a lot of anime, you noticed some names passing by often. I might have to give it a go someday. ^^

Nice, I've only rewatched some scenes, but not the whole thing. I still remember the big things that happend, but I want to rewatch more for all the little details.

EmilioX Dec 30, 2019 2:02 PM
Indeed that might be true, but then again all really good complex anime have one or two potholes if you think about them. I mean technically it could happen the way it did in the story, chances are bigger though that one of the scenarios you described where more likely. That is true they have to show them one day, but I would have loved to leave it a bit more to ones fantasy after season 1. The moment I saw the demons the whole scary "horror" part was gone.

That is cool, I might watch it one day, is it funny? and would you recommend it?

I see I'm planning to do a rewatch of Made in Abyss just before the sequel movie, so maybe I'll look at the doujinishi then as well. ^^

PleasantHorse Dec 30, 2019 9:06 AM
Hey. Hows my pleasant rival doing? Ya. I was saving it for my plane ride material. It was good. I know they will because that is how stories work but I don’t want them to run into the white whistle who did the experiments. (Dont read too much manga). I feel like he is going to fuck some shit up for them. But oh well. What you been up to pancake?

EmilioX Dec 30, 2019 5:38 AM
Nice, I really liked to aspects as well. I think the thing I liked most was that during the last few episodes they where executing their plan right under your nose, but you didn't really notice, because your attention is on the wrong persons, I made me feel just like Isabella. You think you are in full control and know what's going on, but actually you fail to notice what is happening. I do wish they wouldn't have shown the demons already, I think it would have been lot's cooler if you would know there is a threat outside the walls, but not what it is. And I feel like they shouldn't have shown parts of the outside world, just to increase the already very well done feeling of being in a cage. Nevertheless a very very cool anime.

That is a very good one as well if you ask me, hope you'll like it!

Haha that is the one about the horse girl races right? I haven't seen it, but I've seen it passing by a few times online. XD

EmilioX Dec 23, 2019 8:18 AM
Promised Neverland was really good and it has a sequel planned next year. I hope you'll enjoy it!
Clannad is my favorite anime of all time, but I know what you mean. I still have the Virtual Novel, but I plan to play it a year after I saw Clannad for the first time.

Indeed, it's such a relaxing anime, I remember It made me feel really relaxed. It wasn't a particular stressful period for me, but still always nice to lose some tension. And I mean I think lot's wouldn't mind having a Senko-san for them-self. ^^

Nubiellee Dec 23, 2019 6:07 AM
I do the same most of the time. I don't know about anime but for movies, tv shows and video games I think the trailers have way too much spoilers in them and that's a shame. It's awesome to be surprised by the story and events.

I thought every characters were endearing, well except maybe Kyuubey. He's cute but creepy too especially when you get to the third movie if I remember correctly. xo

EmilioX Dec 22, 2019 5:55 AM
No problem!
I noticed, well if you watch any of them, let me know, would love to talk about it and hear your opinion on them ;)
Haha I know what you mean, so much to watch to little time.

I see you are currently watching Senko-san how do you like it so far?