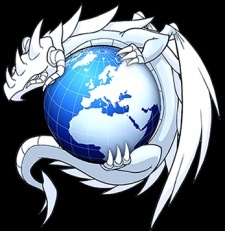 In both series the male and female leads involuntarily get dropped into a girlfriend/boyfriend relationship. They are reluctant at first, but they slowly embrace their connection. In both series, the leads never been in a relationship or close to anyone, so they stumble to discover the mechanics of how a true relationship/love works, discover each others' and their own bodies and feelings through some very awkward, sweet and slightly ecchi moments. B Gata H Kei focuses more on corporeal love and it's overall theme is ecchi/pervy slapstick comedy. Nazo no Kanojo X uses drool as a main plot device, so that might turn some more squeamish people away, but if you can look past that, it's a way more realistic take on the subject with wit and charm instead of slapstick.

Sakurasou is as close to Chobits as you can get, in story, in tone and overall feel. Both shows have the same premise, a guy attending school suddenly finds himself in charge of a girl, and needs to teach her how to take care of herself and relate to others and the world around her. While in Chobits, Chi is a super special android who lost her programming, in the case of Sakurasou, Mashiro is a real human girl, but she is a savant. That means she has incredible artistic talent, but she lacks any kind of social skills and common sense, to the point she can't even take care of herself. Basically Chi and Mashiro are identical "blank slates" at the beginning. Sorata, the protagonist of Sakurasou, has to take on the duty to care for Mashiro and inadvertently get tossed into many funny situations, and in time they start to develop feelings for each other, just like Hideki and Chi. Sakurasou has more side characters and a more branching story than Chobits, and while it doesn't have androids or high-tech, it makes for up it in art and the web of feelings and relationships around the Sakurasou dorm. If you liked Chobits, you more than likely will like Sakurasou too. Chobits has a tighter storyline and less main characters mean more screen time for the cast. Chobits also deals with a number of deeper topics regarding androids and technology, like dependency, addiction and if androids can really feel or be considered "human" if they act, look and feel like one. Aside from those, it's a really light-hearted, funny and entertaining series. If you liked Sakurasou, you might very well like Chobits, too.