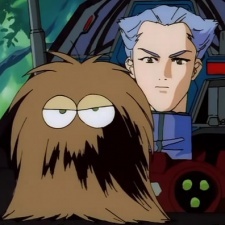 Moonxstone May 7, 2013 12:12 AM
I agree with the atmosphere being surprisingly good, along with, to some extent, the direction of the whole thing, but I really just cant get past the art style at all. Dont know if it's because of uncanny valley or the characters just looking nothing like their original source (ugly), but i just cant watch it. It's not like rotoscoping and live action cant be done right after all (scanner darkly, live action jap movies).

Also i find myself laughing at the anime more than the manga, if only because the horrid art style and bad acting in my opinion.

Zarmyn Mar 26, 2011 12:32 AM
I've heard it all before. I have been told by many, many people that my tastes are unconventional and weird. But it's the truth I assure you.

slipcritical Nov 1, 2009 11:57 AM
Greetings from /a/. I like how you label each series with the related studio. I'll need to do this sometime.

Japan and France are pretty close artistically, I know--it started in the 1800s after the Meiji Restoration and the two kind of traded artistic concepts: France took the concept of "negative space" and other Japanese aesthetics, like ukiyo-e, and Japan started borrowing from Western painting traditions. This more or less extended to the modern age: Rose of Versailles was a huge hit in France (no doubt due to its being set IN France), anime directors have often cited New Wave French directors (Jean-Luc Godard mostly, I think), etc. etc. So it's just another entry in the cultural communications between the two. Just with more house music.

The only thing that bugged me was that Toei liked to make the animation go at different FPS at times, it seemed, so it got kind of jarring at times. Which did nothing to dent the AWESOME.